A team of students search for a sub-human prehistoric creature. / A child's toy imparts telekinetic power to a little girl. 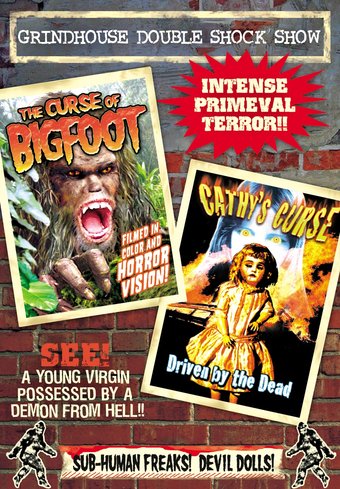 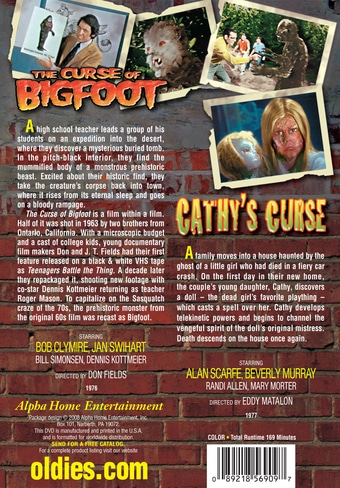 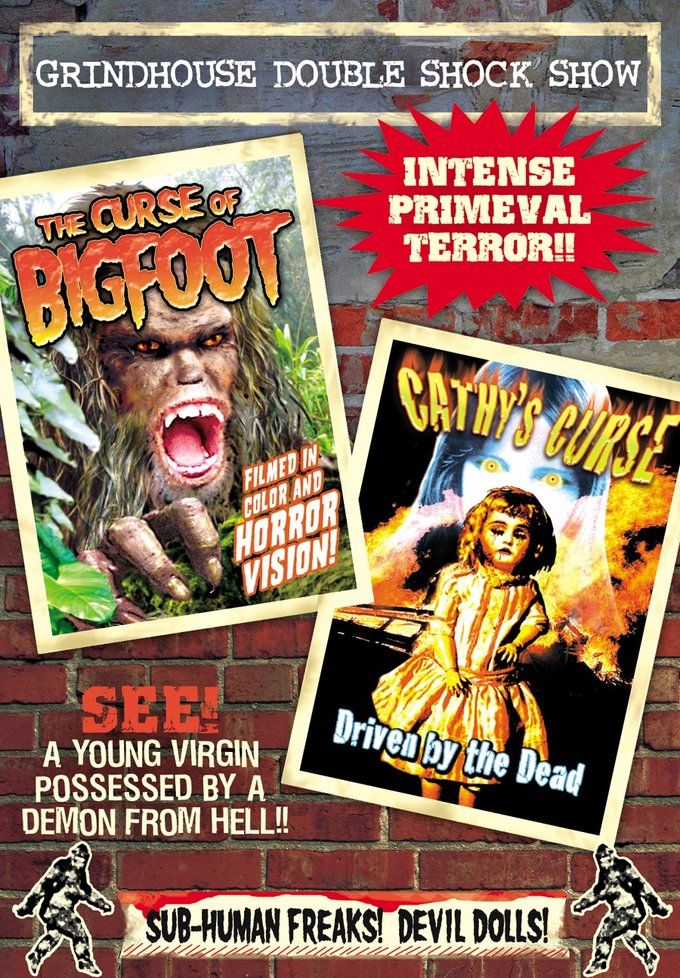 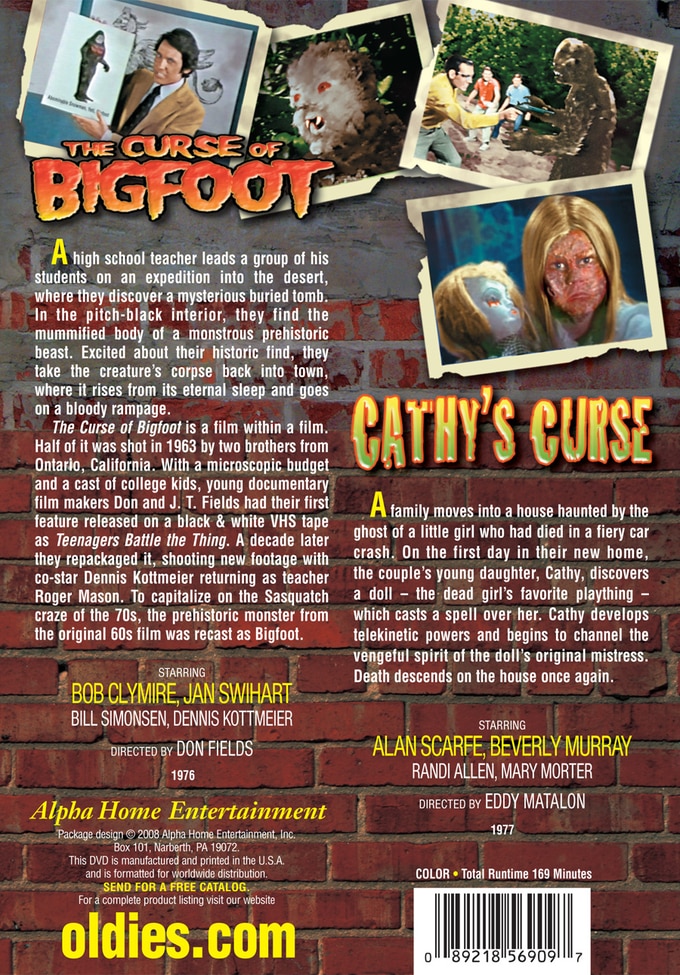 The Curse of Bigfoot (1976, Color): A high school teacher leads a group of his students on an expedition into the desert, where they discover a mysterious buried tomb. In the pitch-black interior, they find the mummified body of a monstrous prehistoric beast. Excited about their historic find, they take the creature's corpse back into town, where it rises from its eternal sleep and goes on a bloody rampage.

The Curse of Bigfoot is a film within a film. Half of it was shot in 1963 by two brothers from Ontario, California. With a microscopic budget and a cast of college kids, young documentary film makers Don and J. T. Fields had their first feature released on a black & white VHS tape as Teenagers Battle the Thing. A decade later they repackaged it, shooting new footage with co-star Dennis Kottmeier returning as teacher Roger Mason. To capitalize on the Sasquatch craze of the 70s, the prehistoric monster from the original 60s film was recast as Bigfoot.

Cathy's Curse (1977, Color): A family moves into a house haunted by the ghost of a little girl who had died in a fiery car crash. On the first day in their new home, the couple's young daughter, Cathy, discovers a doll - the dead girl's favorite plaything - which casts a spell over her. Cathy develops telekinetic powers and begins to channel the vengeful spirit of the doll's original mistress. Death descends on the house once again.

Suspense | Thriller
This product is made-on-demand by the manufacturer using DVD-R recordable media. Almost all DVD players can play DVD-Rs (except for some older models made before 2000) - please consult your owner's manual for formats compatible with your player. These DVD-Rs may not play on all computers or DVD player/recorders. To address this, the manufacturer recommends viewing this product on a DVD player that does not have recording capability.