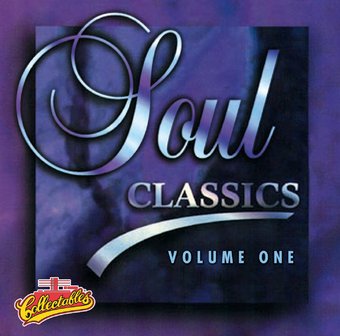 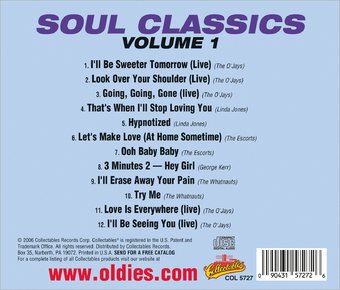 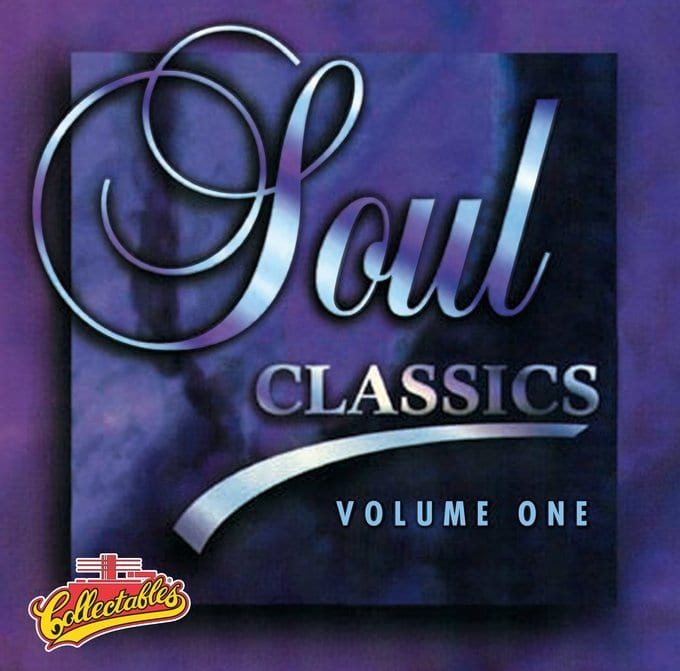 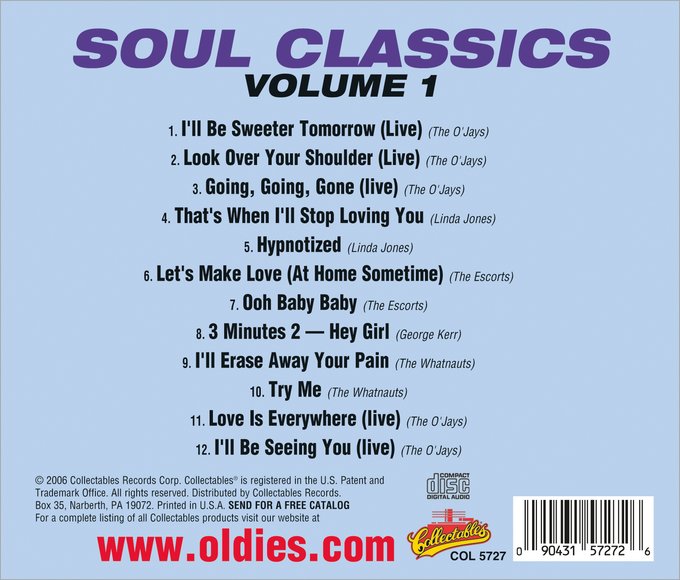 20 ratings
Available: Usually ships in 1-3 business days
Add to Cart
Add to Wishlist
Format:  CD-R
item number:  COL 5727
Related products:
The Five Satins: Five Satins Sing Their Greatest Hits for $5.98
Very Best of The Coasters for $10
The Flamingos: The Best of the Flamingos for $15.70
The Duprees: All-Time Greatest Hits for $13.60
91% recommend us!

This collection of Soul classics is highlighted by 5 live performances by the internationally-known masters of The Sound of Philadelphia, The O'Jays.

Soul Classics Volume One is a collection of recordings produced by George Kerr by various artists. Five of the twelve tracks are by the O'Jays, who went on to bigger things with Philadelphia International Records. Two of the O'Jays recordings, "Look Over Your Shoulder" and "I'll Be Sweeter Tomorrow," originally released on Bell Records, are solid efforts. The two numbers by the late Linda Jones are definitive LJ. The melodic "Hypnotized" approached a million sales. Jones reveals her guts on "That's When I'll Stop Loving You," a dramatic, show-stopping ballad that was originally the B-side of Linda's remake of the O'Jays' "I'll Be Sweeter Tomorrow" on Neptune Records. Two Escorts tracks are included: "Ooh, Baby Baby," and "Let's Make Love at Home Sometime." The Escorts deserve a footnote because Kerr recorded their tracks (they released two albums) at Rahway State Prison in New Jersey, where they were inmates; however, their harmonies are too simplistic and their leads stray from the melody. "I'll Erase Your Pain" by the Whatnauts was the Baltimoreans' most popular recording. Two tenors -- one natural, one falsetto -- feed off one another, enhancing the song. George Kerr's "3 Minutes to Hey Girl" shows that the producer/writer has some singing skills. The three minutes refer to Kerr's monologue before he launches into his remake of Freddie Scott's classic. ~ Andrew Hamilton

Customer Rating:
Based on 20 ratings.


Nice ballads from the days when music was meant to be music and sung. A very nice collection of soulful ballads that any R&B fans would love.