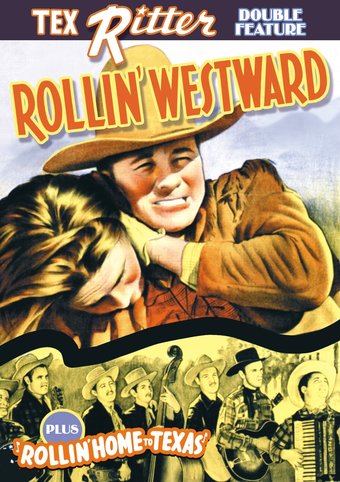 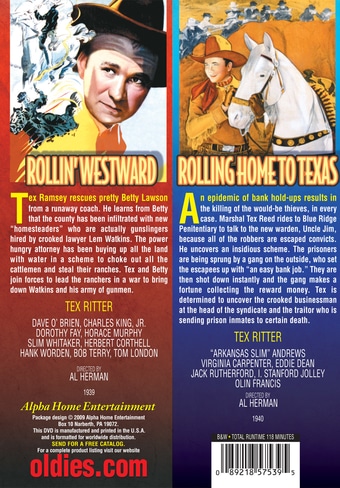 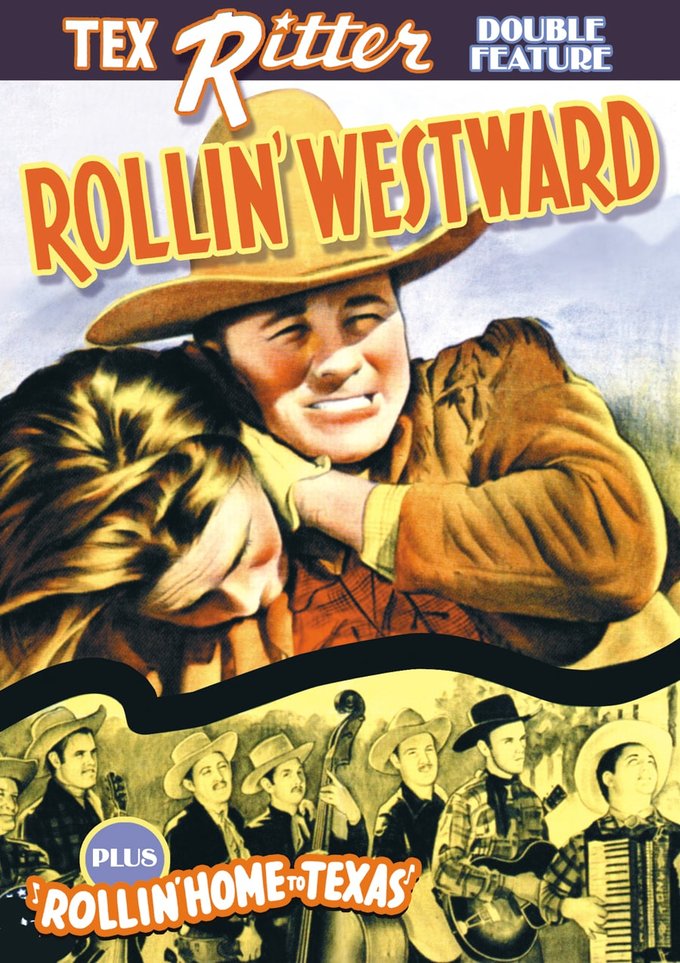 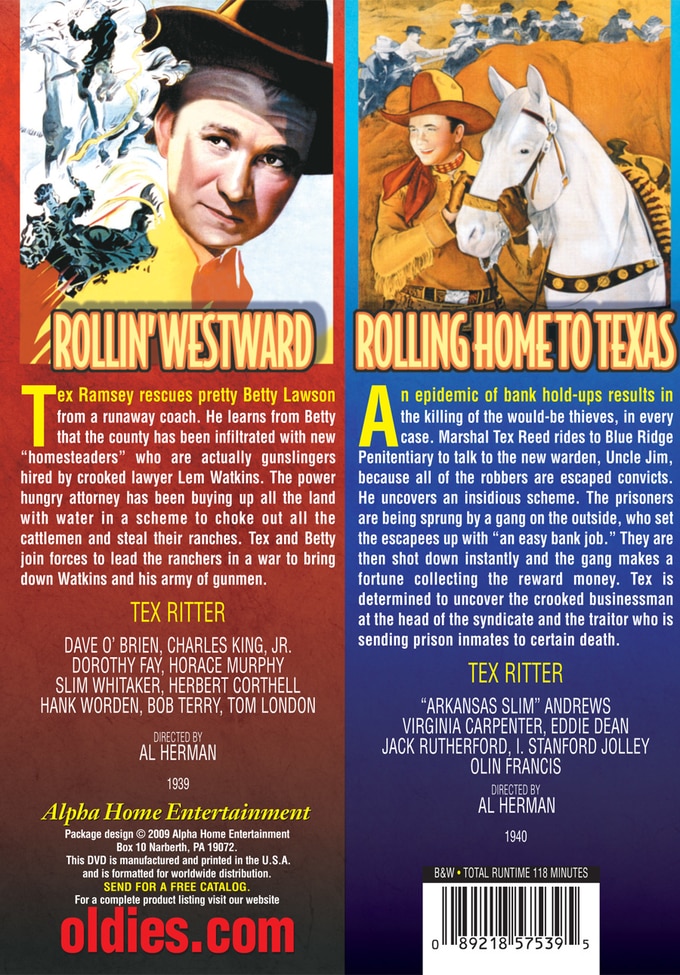 Rollin' Westward (1939, B&W): Tex Ramsey rescues pretty Betty Lawson from a runaway coach. He learns from Betty that the county has been infiltrated with new "homesteaders" who are actually gunslingers hired by crooked lawyer Lem Watkins. The power hungry attorney has been buying up all the land with water in a scheme to choke out all the cattlemen and steal their ranches. Tex and Betty join forces to lead the ranchers in a war to bring down Watkins and his army of gunmen.

Rollin' Home To Texas (1941, B&W): An epidemic of bank hold-ups results in the killing of the would-be thieves, in every case. Marshal Tex Reed rides to Blue Ridge Penitentiary to talk to the new warden, Uncle Jim, because all of the robbers are escaped convicts. He uncovers an insidious scheme. The prisoners are being sprung by a gang on the outside, who set the escapees up with "an easy bank job." They are then shot down instantly and the gang makes a fortune collecting the reward money. Tex is determined to uncover the crooked businessman at the head of the syndicate and the traitor who is sending prison inmates to certain death.

Action
This product is made-on-demand by the manufacturer using DVD-R recordable media. Almost all DVD players can play DVD-Rs (except for some older models made before 2000) - please consult your owner's manual for formats compatible with your player. These DVD-Rs may not play on all computers or DVD player/recorders. To address this, the manufacturer recommends viewing this product on a DVD player that does not have recording capability.