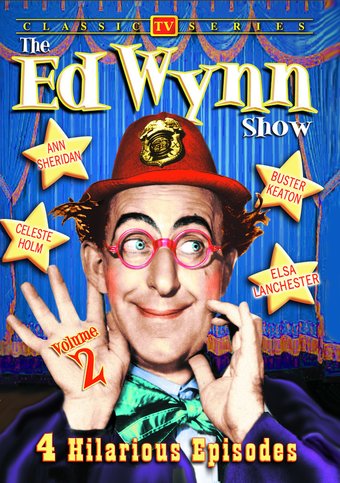 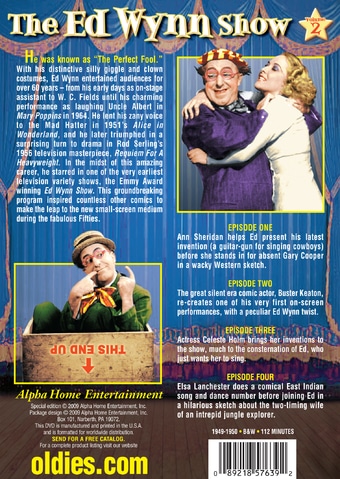 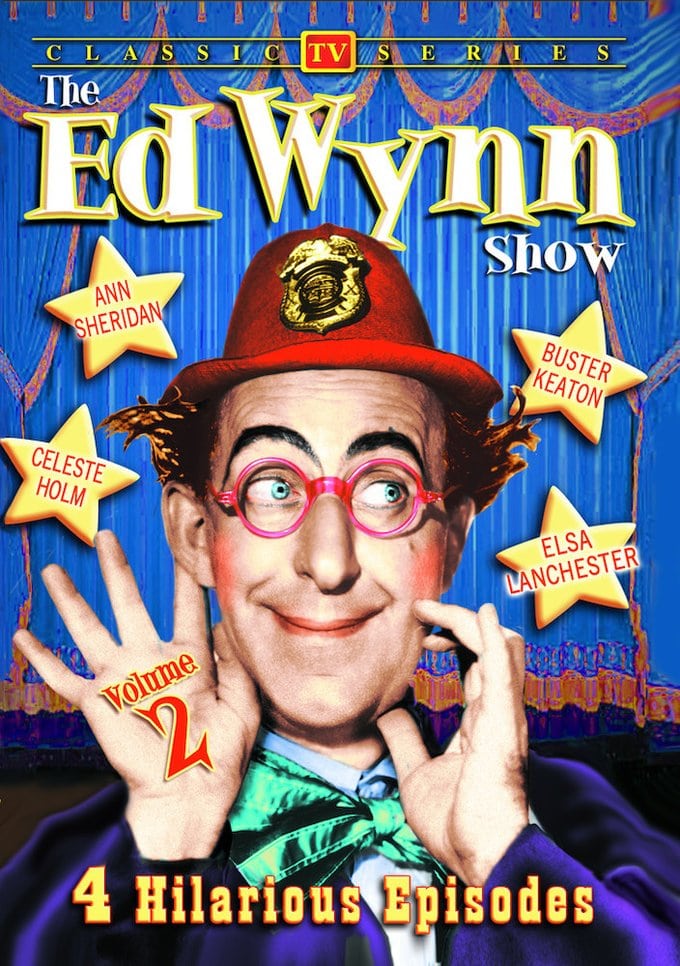 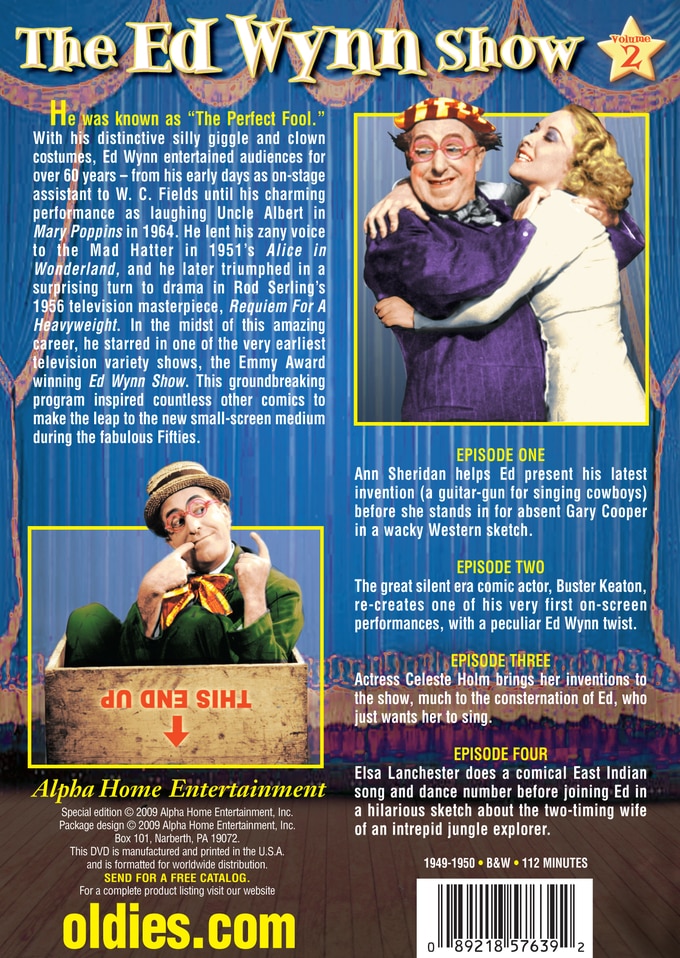 He was known as "The Perfect Fool." With his distinctive silly giggle and clown costumes, Ed Wynn entertained audiences for over 60 years - from his early days as on-stage assistant to W. C. Fields until his charming performance as laughing Uncle Albert in Mary Poppins in 1964. He lent his zany voice to the Mad Hatter in 1951's Alice in Wonderland, and he later triumphed in a surprising turn to drama in Rod Serling's 1956 television masterpiece, "Requiem For A Heavyweight." In the midst of this amazing career, he starred in one of the very earliest television variety shows, the Emmy Award winning "Ed Wynn Show." This groundbreaking program inspired countless other comics to make the leap to the new small-screen medium during the fabulous Fifties.

Episode One: Ann Sheridan helps Ed present his latest invention (a guitar-gun for singing cowboys) before she stands in for absent Gary Cooper in a wacky Western sketch.

Episode Three: Actress Celeste Holm brings her inventions to the show, much to the consternation of Ed, who just wants her to sing.

Episode Four: Elsa Lanchester does a comical East Indian song and dance number before joining Ed in a hilarious sketch about the two-timing wife of an intrepid jungle explorer.