The Moments Lucky Me - A Golden Classics Edition 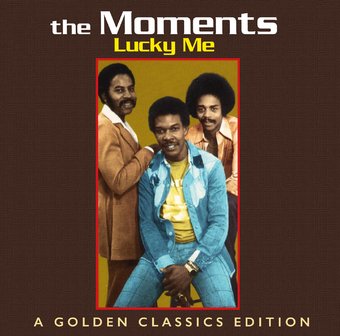 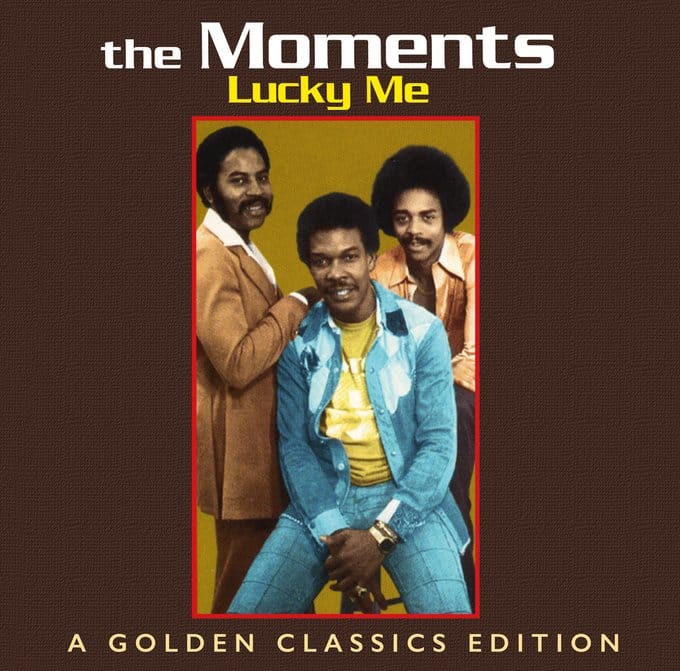 The Moments could be relied on for wonderful harmonies from the late '60s until the mid-'70s. (They continued their success when they reformed in the late '70s and renamed themselves Ray, Goodman & Brown). This disc features some of the smoothest and most soulful work the trio did in the early '70s when they were consistently hitting both the R&B and Pop charts.

The Moments: William Brown, Al Goodman, Harry Ray.
Don't let the lack of known titles dissuade you from purchasing this romantic collection made for lovers. Harry Ray's sugary-falsetto and Billy Brown's sharper-tinged false voice divvies 14 songs. Brown sings au naturel on "Beautiful Woman" in a rousing, earthshaking, gospel tenor. Four of these songs were small R&B hits: "Just Because He Wants to Make Love" and "Gotta Find a Way" -- led by Ray -- and the Brown-led "What's Your Name" and "Lucky Me." For some reason you can find "Way It Should Be," "Another Day," "Part of You," and "Meeting You" on albums the trio did as Ray, Goodman & Brown. The sweet, whispery "Patty" is the title track from an ill-fated various artist album produced by Al Goodman that served as the soundtrack for a porno movie. ~ Andrew Hamilton

The Delfonics
La-La Means I Love You: The Definitive Collection
$8.20
Add to Cart

54%off
The Moments
Live At The Miss Black America Pageant (CD)
$5.98 on Sale
Add to Cart

The Moments
Love on a Two Way Street & Other Favorites
$12.70
Add to Cart

54%off
The Moments
Live At The Miss Black America Pageant
$5.98 on Sale
Add to Cart