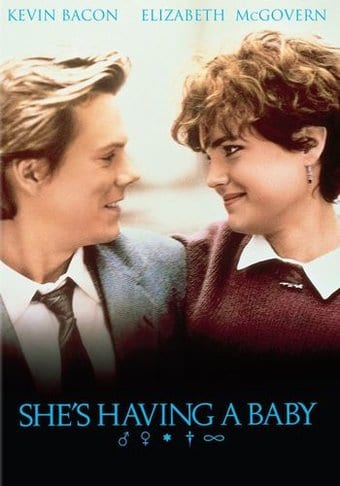 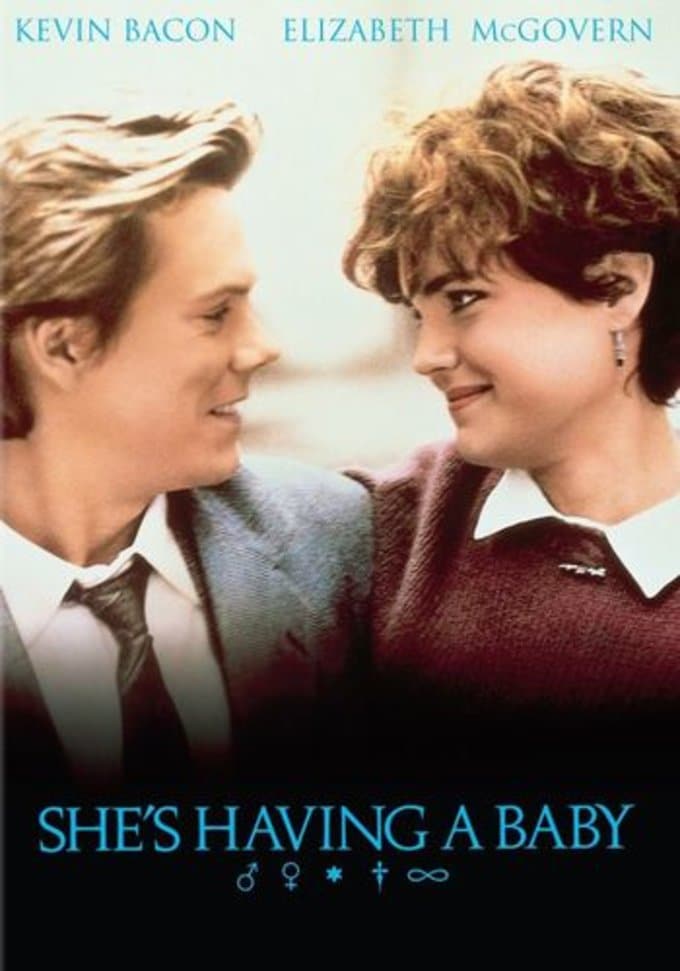 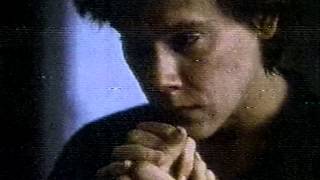 Jake Briggs (Kevin Bacon) has been in love with Kristy Bainbridge (Elizabeth McGovern) since he was a teenager. They marry right after college and embark on their new life together, with all of its ups and downs. Told largely through the eyes of narrator Jake, a would-be author who is prone to fits of fanciful, humorous hallucination--such as lawn-mowing neighbors breaking into song--this John Hughes film deals with the trials and tribulations of growing up and the responsibilities that come with marriage, adulthood, jobs, and children. Alec Baldwin appears as Davis McDonald, Jake's best friend, who is living life in the fast lane in New York, making Jake doubt his complacent, suburban lifestyle. Bacon and McGovern are believable as wide-eyed newlyweds dealing with the realities of "happily ever after," such as finding a job, paying the mortgage, and dealing with in-laws. The closing credits are enlivened by a parade of celebrities, including Kirstie Alley, Ted Danson, Woody Harrelson, Olivia Newton-John, Stewart Copeland, Dan Aykroyd, Bill Murray, John Candy, Penny Marshall, Ally Sheedy, and many others.

Some Kind of Wonderful
$6.40
Add to Cart

16%off
The Great Outdoors
$8.40 Super Savings
Add to Cart