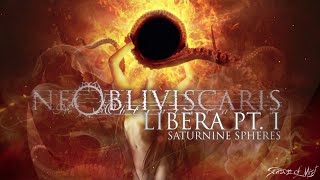 Personnel: Tim Charles (vocals, violin); Xenoyr (vocals); Benjamin Baret (guitar, acoustic guitar); Matt Klavins (guitar); Dan Presland (drums).
Audio Mixer: Mark Lewis .
Recording information: Audio Hammer Studios, FL, USA; Pony Music, Vic, Australia.
The Aussie extreme/progressive metal outfit's third full-length effort, Urn, continues in the vein of Ne Obliviscaris' 2014 breakout LP Citadel, delivering a lethal blend of blastbeats and soaring melodies that invoke Dimmu Borgir by way of Dream Theater. Anchored by Tim Charles' meticulous violin work and clarion clean vocals -- co-founder Xenoyr handles all of the larynx-melting bellows -- the six-track set is split into a pair of two-part epics and a couple of impressive standalones. "Urn" is the most brutal of the two narrative-driven bookends, with drummer Daniel Presland setting a relentless pace that's matched in both might and melody by guitarists Matt Klavins and Benjamin Baret. The atmosphere-driven "Eyrie" firmly ensconced in the middle of the 45-minute set provides a bit of sonic refuge -- at least until around the five-minute mark. Opener "Libra" leans harder on the band's progressive side, but even with all of the classical flourishes and architectural nuances, it, like the majority of Urn, flaunts the muscle and midnight black patina of severe metal with extreme prejudice. ~ James Christopher Monger

Replacire
Do Not Deviate
$13.60 CD Sale
Add to Cart

Sepultura
Beneath the Remains [Deluxe]
$30.20
Add to Cart

80%off
Slaughter
Days Gone By (Tribute to F.Mercury) / Reach for the Sky
99¢ on Sale
Add to Cart