An alcoholic reporter is unjustly accused of murder. 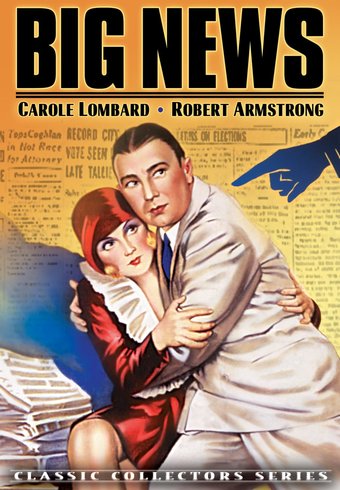 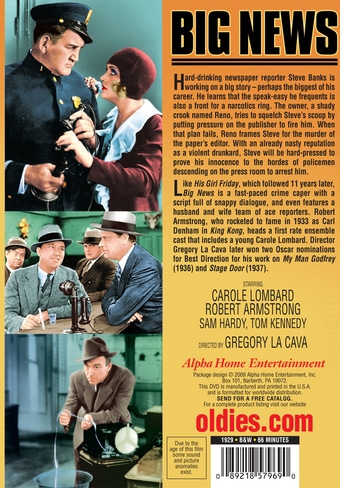 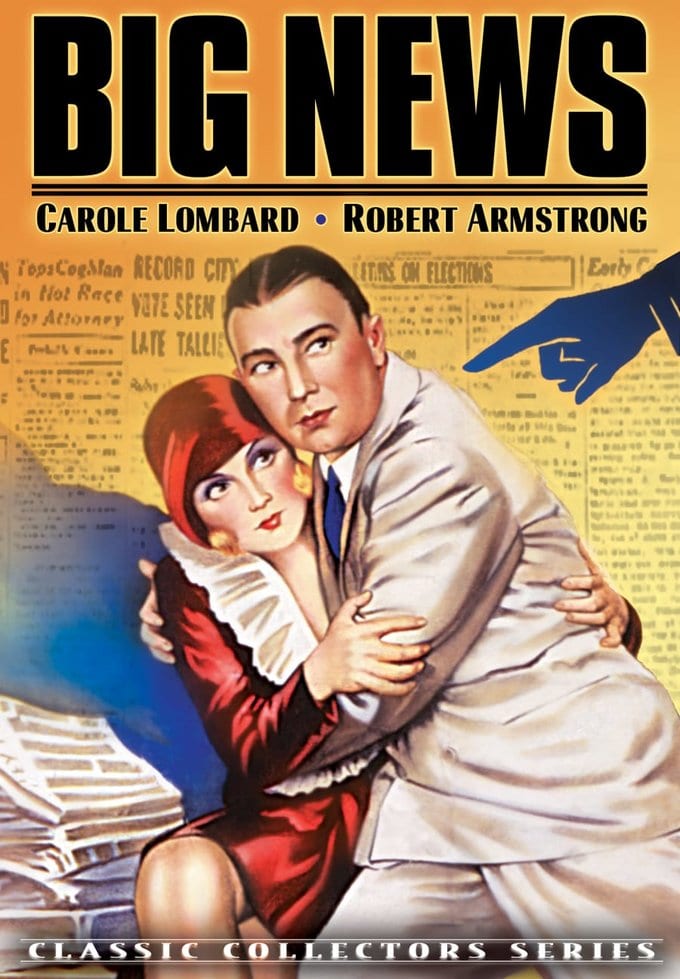 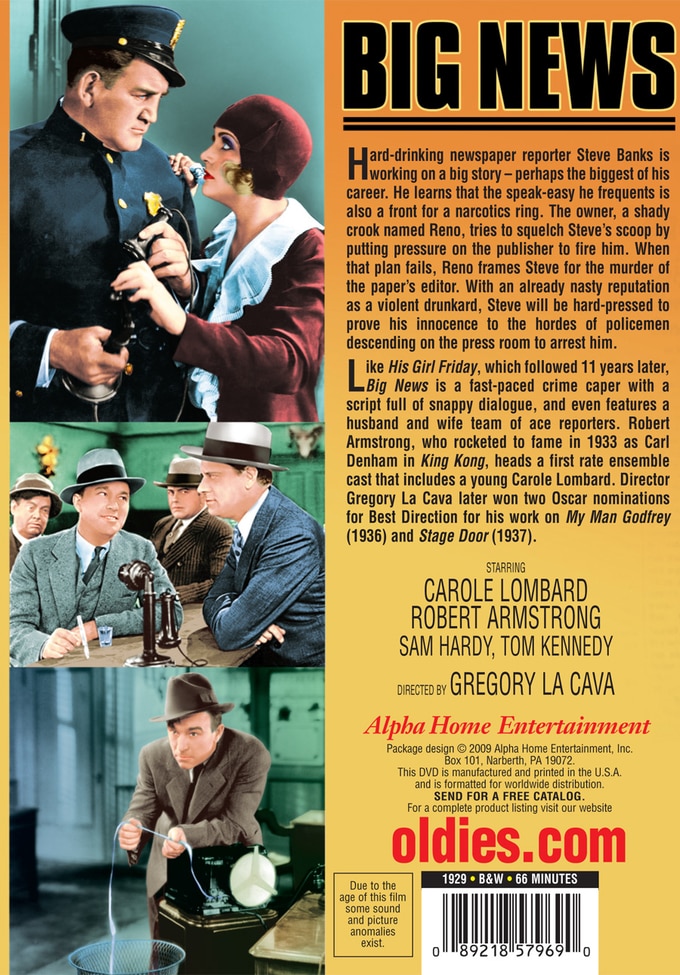 Hard-drinking newspaper reporter Steve Banks is working on a big story - perhaps the biggest of his career. He learns that the speak-easy he frequents is also a front for a narcotics ring. The owner, a shady crook named Reno, tries to squelch Steve's scoop by putting pressure on the publisher to fire him. When that plan fails, Reno frames Steve for the murder of the paper's editor. With an already nasty reputation as a violent drunkard, Steve will be hard-pressed to prove his innocence to the hordes of policemen descending on the press room to arrest him.

Like His Girl Friday, which followed 11 years later, Big News is a fast-paced crime caper with a script full of snappy dialogue, and even features a husband and wife team of ace reporters. Robert Armstrong, who rocketed to fame in 1933 as Carl Denham in King Kong, heads a first rate ensemble cast that includes a young Carole Lombard. Director Gregory La Cava later won two Oscar nominations for Best Direction for his work on My Man Godfrey (1936) and Stage Door (1937).

A reporter burdened with his own integrity goes after a story about a gangster who advertises heavily in his newspaper. Lombard, in one of her early roles, is billed as Carol (with no "e") Lombard.

Organized Crime | Vintage | Reporters | Melodrama | Crime
This product is made-on-demand by the manufacturer using DVD-R recordable media. Almost all DVD players can play DVD-Rs (except for some older models made before 2000) - please consult your owner's manual for formats compatible with your player. These DVD-Rs may not play on all computers or DVD player/recorders. To address this, the manufacturer recommends viewing this product on a DVD player that does not have recording capability.

A Farewell to Arms
$10
Add to Cart