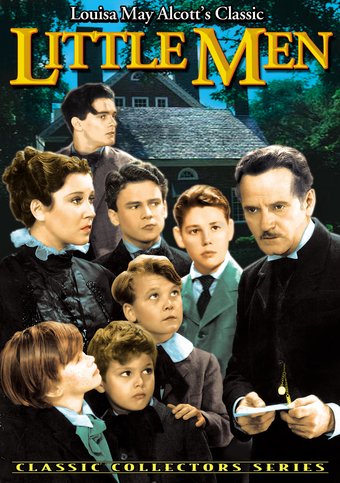 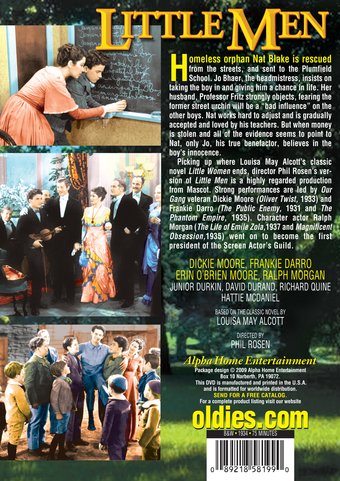 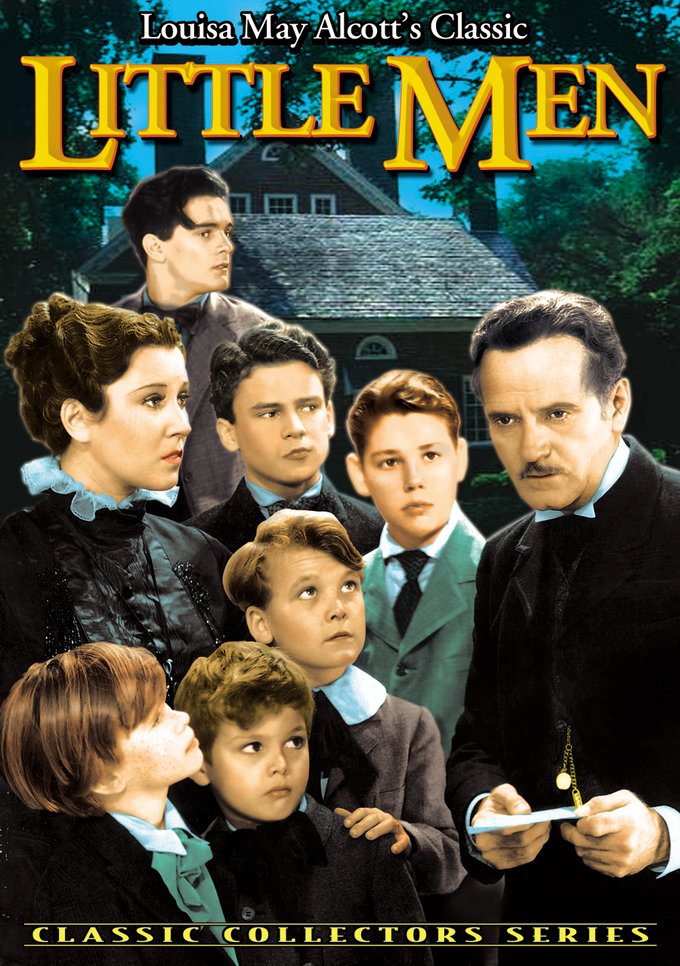 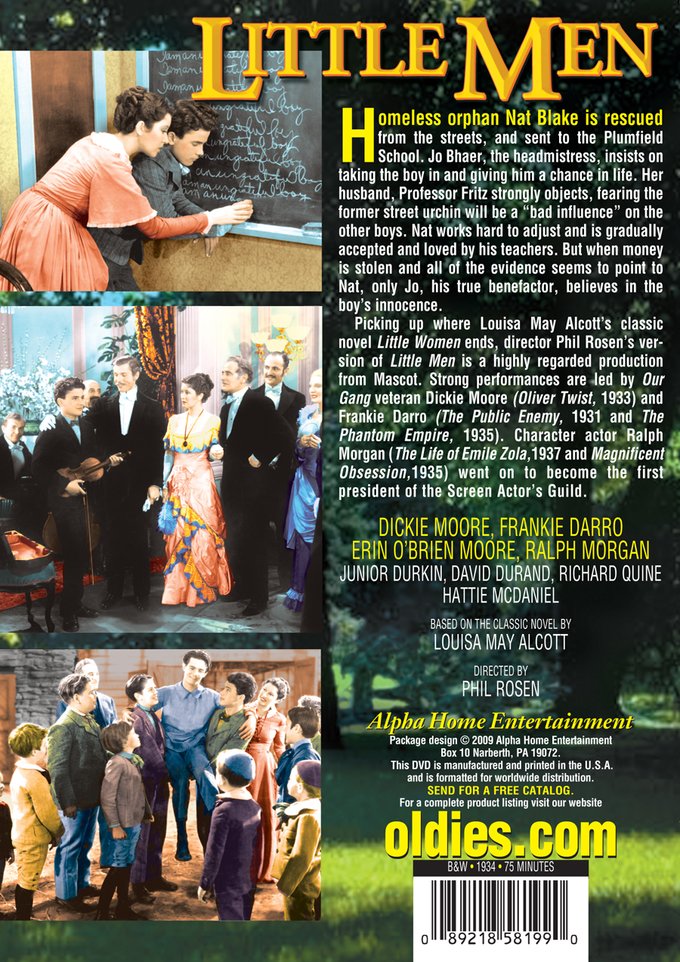 Homeless orphan Nat Blake is rescued from the streets, and sent to the Plumfield School. Jo Bhaer, the headmistress, insists on taking the boy in and giving him a chance in life. Her husband, Professor Fritz strongly objects, fearing the former street urchin will be a "bad influence" on the other boys. Nat works hard to adjust and is gradually accepted and loved by his teachers. But when money is stolen and all of the evidence seems to point to Nat, only Jo, his true benefactor, believes in the boy's innocence.

Picking up where Louisa May Alcott's classic novel Little Women ends, director Phil Rosen's version of Little Men is a highly regarded production from Mascot. Strong performances are led by Our Gang veteran Dickie Moore (Oliver Twist, 1933) and Frankie Darro (The Public Enemy, 1931 and The Phantom Empire, 1935). Character actor Ralph Morgan (The Life of Emile Zola,1937 and Magnificent Obsession,1935) went on to become the first president of the Screen Actor's Guild.

Along with her professor-husband, Jo Bhaer runs a school for underprivileged boys. When she takes in a street tough named Dan, Jo sees the big heart underneath his hard exterior and realizes he needs to be saved from his no-good swindling father. This winning 1934 drama is based on Louisa May Alcott's sequel to LITTLE WOMEN.

Excellent version of Louisa May Alcott's Novel.
This product is made-on-demand by the manufacturer using DVD-R recordable media. Almost all DVD players can play DVD-Rs (except for some older models made before 2000) - please consult your owner's manual for formats compatible with your player. These DVD-Rs may not play on all computers or DVD player/recorders. To address this, the manufacturer recommends viewing this product on a DVD player that does not have recording capability.