A documentary on one man's quest to find a yeti. / The Abominable Snowman terrorizes a ski resort. 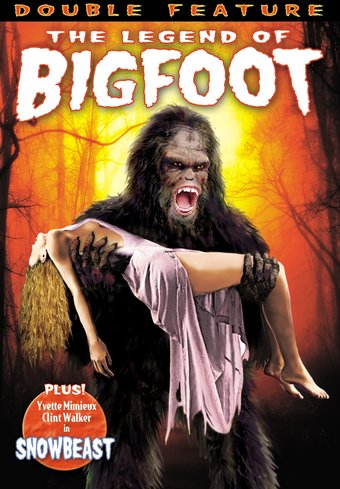 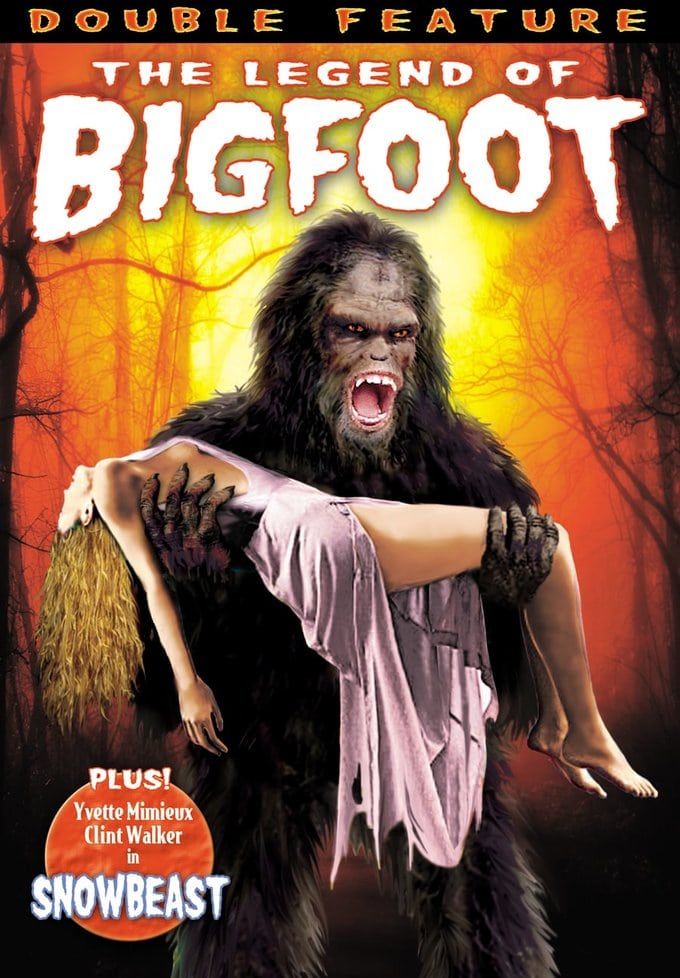 The Legend Of Bigfoot (1976, Color): A primeval savage lurks in the dark forests and rugged mountains of the world's most remote regions. The native tribes of North America know the beast as Bigfoot. One man, professional animal tracker and amateur nature photographer Ivan Marx, chronicles his lifelong quest to film one of the fabled creatures in its natural habitat. Following his own theories and eyewitness reports, he moves inexorably toward a final confrontation with the mysterious monster known as Bigfoot!

Snowbeast (1977, Color): While skiing down a snowy trail at a Colorado resort, a young woman is viciously attacked and carried off by a monstrous beast. Her bloody, mangled corpse is soon discovered - the first of many - and a wave of panic rages through the remote mountain community. As the carnivorous creature snatches more terrified victims from the snow-covered hills, a hunting party sets out to track it down and kill it.

Realistic, documentary-like touches make this pair of 1970s bigfoot horrors all the more disturbing. Two of the most famous low-budget creep-fests to emerge from that decade's bigfoot zeitgeist--SNOWBEAST and THE LEGEND OF BIGFOOT--are included here.