The loverliest motion picture of them all! 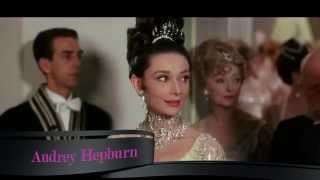 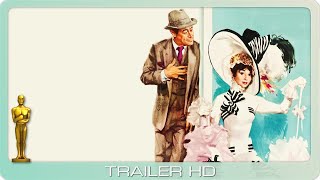 A priceless classic, MY FAIR LADY has become one of the most popular musicals of all time. Based on George Bernard Shaw's 1913 play PYGMALION, the film swept the Academy Awards. Cecil Beaton's lavish sets and costumes and Lerner and Loewe's winning score became the background for George Cukor's striking mix of styles that ranged from the fantastic to the abstract in his telling of the tale of a waif who's educated into being a lady. Egotistical linguist Professor Henry Higgins (Oscar-winning Rex Harrison) bets his friend, Colonel Hugh Pickering (Wilfrid Hyde-White), that he can transform Cockney flower girl Eliza Doolittle (Audrey Hepburn) in time for an important society ball. His gamble could pay off--but the spirited Eliza is more of a handful than the Professor could have predicted. As she slowly becomes more refined, and less reliant upon him, Higgins realizes, to his confusion, that he can't live without her. The film was nominated for 12 Oscars and won eight, including Best Picture and Director.

An insufferably arrogant linguist, Professor Henry Higgins (Rex Harrison), bets a colleague that he can transform a flower-selling Cockney guttersnipe into a regal lady. His quarry, the irrepressible Eliza Doolittle (Audrey Hepburn), accepts his offer for diction lessons in good faith, hoping to improve her station with a career as a shopgirl. This quintessential musical, scored by Lerner and Loewe, was based on the 1913 play PYGMALION by George Bernard Shaw, and virtually swept the Academy Awards, winning, among others, Best Picture, Director, and Actor (Harrison).

Fiddler on the Roof
$12.10 Super Savings
Add to Cart