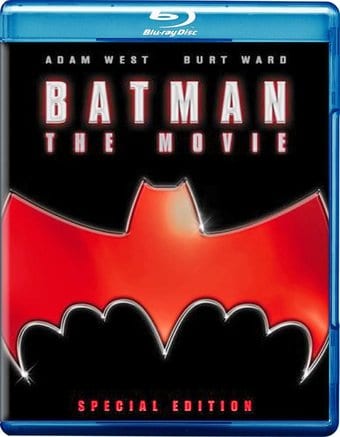 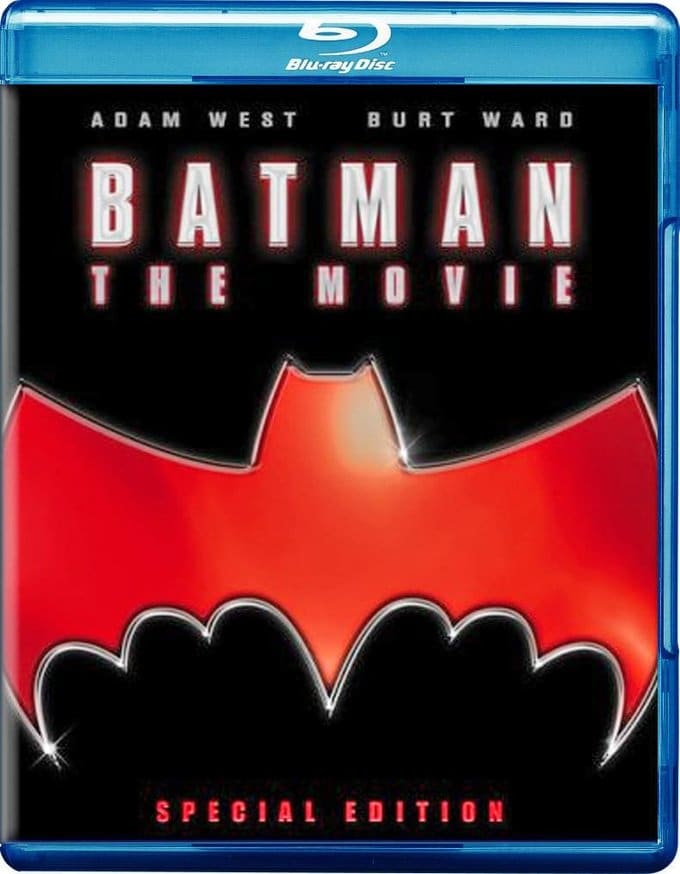 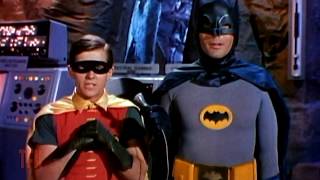 "Some days you just can't get rid of a bomb."

This full-length Batman movie was unleashed during the height of the television show's popularity in 1966, taking America to dizzying levels of superhero camp it had never before experienced. In stark contrast with the many dark and gritty incarnations of Batman, the film features all four of the famous crime fighter's most dastardly and cunning adversaries--the Penguin, the Joker, the Riddler, and Catwoman--joining forces to take over the world thanks to a De-Hydrator that turns people into piles of dust. The Caped Crusader and his trusty sidekick Robin pull out all the stops to thwart the bad guys, even if it means a BIFF! or a KA-POW! Before Keaton, before Bale, Adam West was...Batman.

Kaaapowie! Holy feature film, Batman... one based on the tongue-in-cheek, campy 1960's television series. Watch Batman and Robin battle sharks, Catwoman, The Joker and The Riddler on the big screen. Can they try to prevent the bad guys from taking over the world' With a "wham!" and a "pow!" and a "zip!"... our heroes just might win.

The Villains
The Batman Theme: Let's Dance with the Villains!!
$12.30 Super Savings
Add to Cart

The League of Extraordinary Gentlemen
$6 Super Savings
Add to Cart
(599,000+)