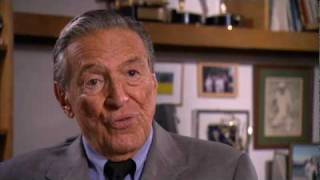 For good or ill, there's no arguing that few magazines have had as great an impact on American culture as Playboy, which helped launch several major salvos in the sexual revolution and broke down barriers about what was acceptable to show and say in print. But while the magazine's founder and publisher, Hugh Hefner, has a well-deserved reputation as a free speech advocate and a man who embraces the good life in every way he can, the person behind the carefully cultivated public image remains a mystery to many. Filmmaker Brigitte Berman presents an in-depth portrait of a man who has quietly promoted many causes other than wine, women, and song in the documentary HUGH HEFNER: PLAYBOY, ACTIVIST AND REBEL. In addition to chronicling the rise of his publishing empire, the film explores how he's used his success to promote causes he believes in, such as racial equality, reproductive freedom, First Amendment causes, fighting the anti-Communist blacklist, and equality for women. Created with Hefner's participation and featuring interviews with Mike Wallace, Jesse Jackson, George Lucas, Jim Brown, Pete Seeger, Dick Gregory, and James Caan, HUGH HEFNER: PLAYBOY, ACTIVIST AND REBEL was an official selection at the 2009 Toronto International Film Festival.