Cloudy with a Chance of Meatballs 2 (Blu-ray + DVD) PG

Something big was leftover. 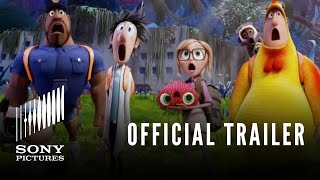 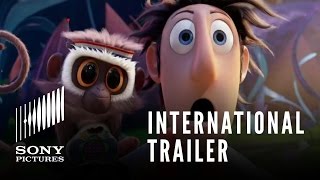 CLOUDY WITH A CHANCE OF MEATBALLS 2 - International Trailer

Picking up precisely where its hit predecessor left off, Sony Pictures Animation's CLOUDY WITH A CHANCE OF MEATBALLS 2 finds Flint Lockwood (voice of Bill Hader) invited to join the Live Corp Company, and use his gift for invention for the good of mankind. Just as young Flint prepares to go to work for his hero Chester V (voice of Will Forte), however, the young genius learns that his water-to-food machine is not only still functional, but it's also started cross-breeding animals with food. Now, in order to prevent a growing army of "foodimals" from escaping isolation on an island and wreaking havoc on the mainland, Flint and his loyal group of friends will have to do battle with such delicious, but deadly, hybrids as the ferocious tacodiles, slithering apple pie-thons, and vine-swinging shrimpanzees. Saving the world from these rampaging monstrosities won't be easy, but if anyone is up to the task, it's Flint and company. Cody Cameron and Kris Pearn takes the reins for this sequel also featuring vocal contributions by Anna Faris, James Caan, Kristen Schaal, Terry Crews, Andy Samberg, Neil Patrick Harris, and Benjamin Bratt.

Cloudy with a Chance of Meatballs
$6.80 Super Savings
Add to Cart

Cloudy With a Chance of Meatballs
$8.40 Super Savings
Add to Cart