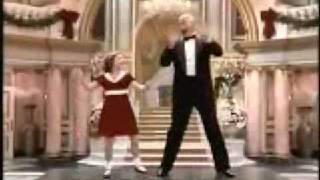 As seen on "The Wonderful World of Disney", this new production of the classic musical features an all-star cast belting out the beloved songs. Original Broadway Annie Andrea McArdle makes and appearance, too! Fun for the whole family.

Annie
Disney makes this beloved musical more magical than ever with an all-new, feature-length production! Featuring an all-star cast and new choreography, this charming tale of an adorable orphan named Annie captures all the fun of the original, but adds an unmistakable Disney touch! For a young girl living a "hard-knock" life in a children's orphanage, things may seem pretty bad -- especially at Christmas. But feisty Annie carries a song in her heart and hope in her locket -- the only thing she has from her parents. One day, fed up with the dastardly Miss Hannigan (Academy Award(R)-winner Kathy Bates), Annie escapes the rundown orphanage determined to find her mom and dad. Her adventure takes her from the cold, mean streets of New York to the warm, comforting arms of bighearted billionaire Oliver Warbucks, with plenty of mischief and music in between! Filled with memorable songs and magical moments, Disney's ANNIE brings this heartwarming story to a whole new generation. And now you can relive the magic over and over again!

The Very Hungry Caterpillar and Other Stories (DVD)
$6.20 Super Savings
Add to Cart