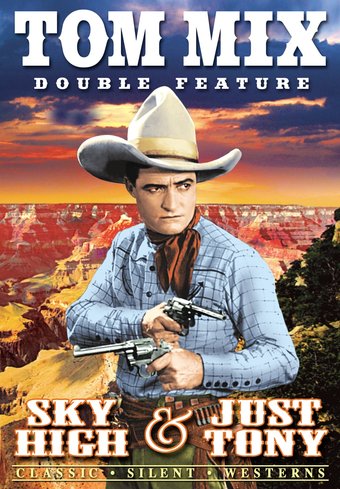 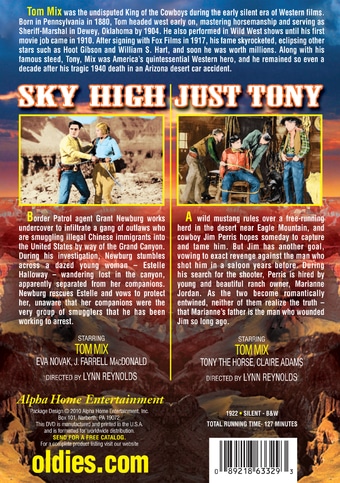 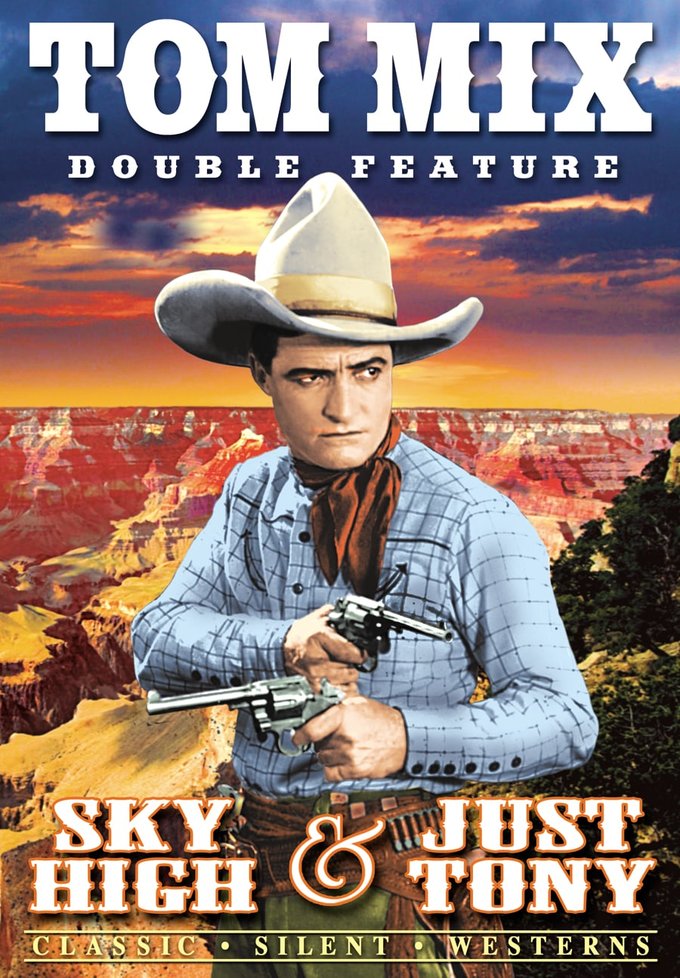 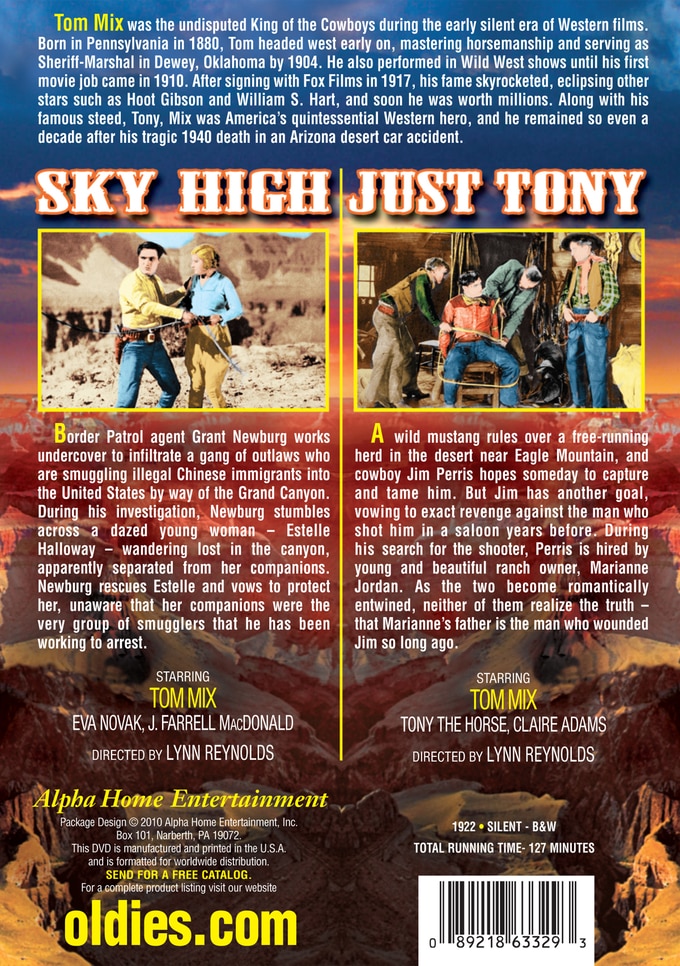 Tom Mix was the undisputed King of the Cowboys during the early silent era of Western films. Born in Pennsylvania in 1880, Tom headed west early on, mastering horsemanship and serving as Sheriff-Marshal in Dewey, Oklahoma by 1904. He also performed in Wild West shows until his first movie job came in 1910. After signing with Fox Films in 1917, his fame skyrocketed, eclipsing other stars such as Hoot Gibson and William S. Hart, and soon he was worth millions. Along with his famous steed, Tony, Mix was America's quintessential Western hero, and he remained so even a decade after his tragic 1940 death in an Arizona desert car accident.

Sky High (1922, B&W): Border Patrol agent Grant Newburg works undercover to infiltrate a gang of outlaws who are smuggling illegal Chinese immigrants into the United States by way of the Grand Canyon. During his investigation, Newburg stumbles across a dazed young woman - Estelle Halloway - wandering lost in the canyon, apparently separated from her companions. Newburg rescues Estelle and vows to protect her, unaware that her companions were the very group of smugglers that he has been working to arrest.

Just Tony (1922, B&W): A wild mustang rules over a free-running herd in the desert near Eagle Mountain, and cowboy Jim Perris hopes someday to capture and tame him. But Jim has another goal, vowing to exact revenge against the man who shot him in a saloon years before. During his search for the shooter, Perris is hired by young and beautiful ranch owner, Marianne Jordan. As the two become romantically entwined, neither of them realize the truth - that Marianne's father is the man who wounded Jim so long ago.