He bought six men out of hell and they brought it with them. 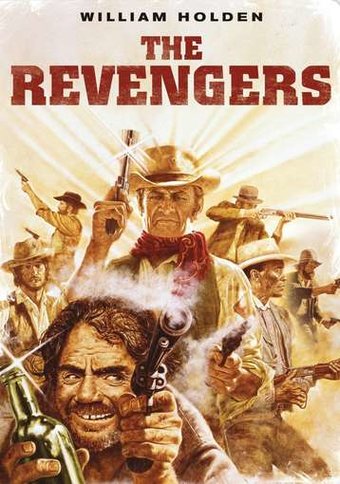 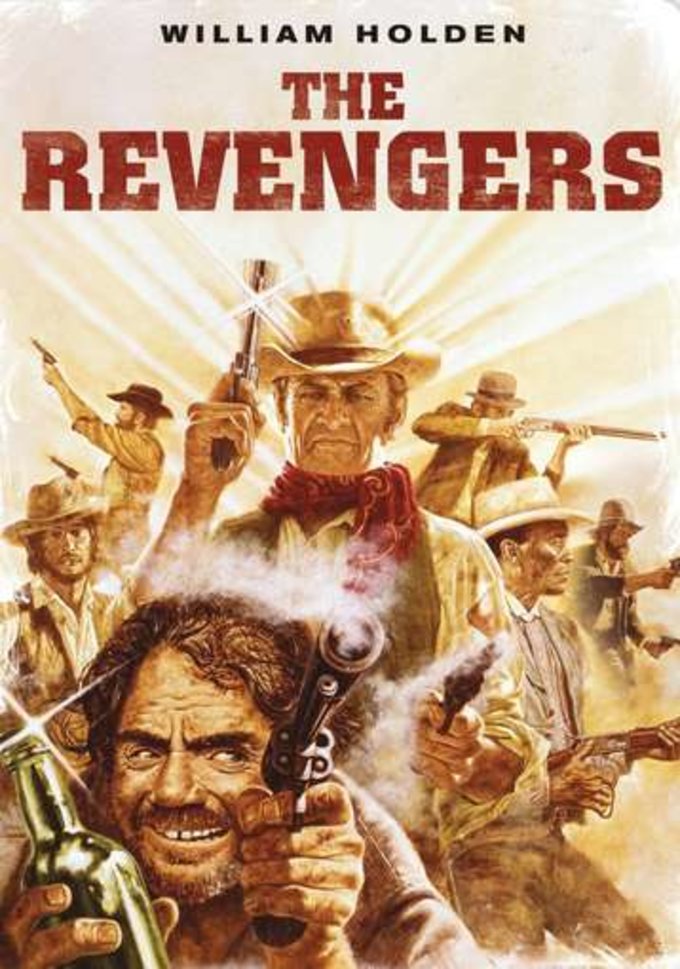 Despite the fact that most of the westerns made at this time (early '70s) were "deconstructionist" westerns, which either spoofed or subverted the themes of this genre, occasionally a traditional western got filmed. THE REVENGERS is a traditional western. John Benedict (William Holden) returns to his ranch, only to find all his cattle stolen and his family murdered. He vows to exact revenge on Tarp (Warren Vanders), the varmint who did this to him. He recruits a treacherous gang of convicts, bribing the warden for their release, and makes his move. When the attack fails, the convicts aren't interested in making another try. Instead, they shoot him and, leaving him for dead, head off to follow their own concerns. On her way to a new landholding, Elizabeth (Susan Hayward) stumbles upon the injured man, and nurses him back to some semblance of health. She begs him to drop his revenge plan, but he resumes his quest, receiving unexpected help along the way from Hoop (Ernest Borgnine), one of the renegade ex-convicts.