Cowboy hero Tom Mix saves the day in this lost classic. / "Going To Congress" with Will Rogers. 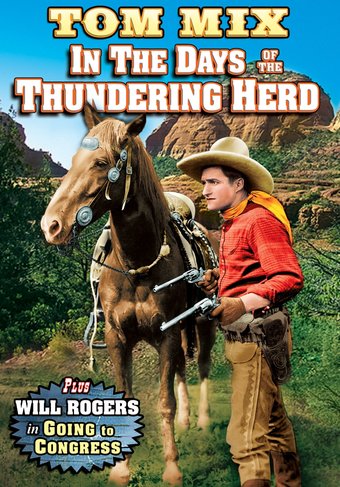 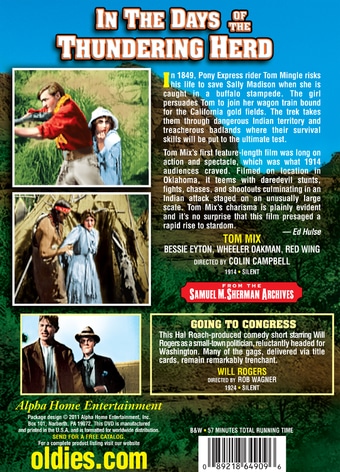 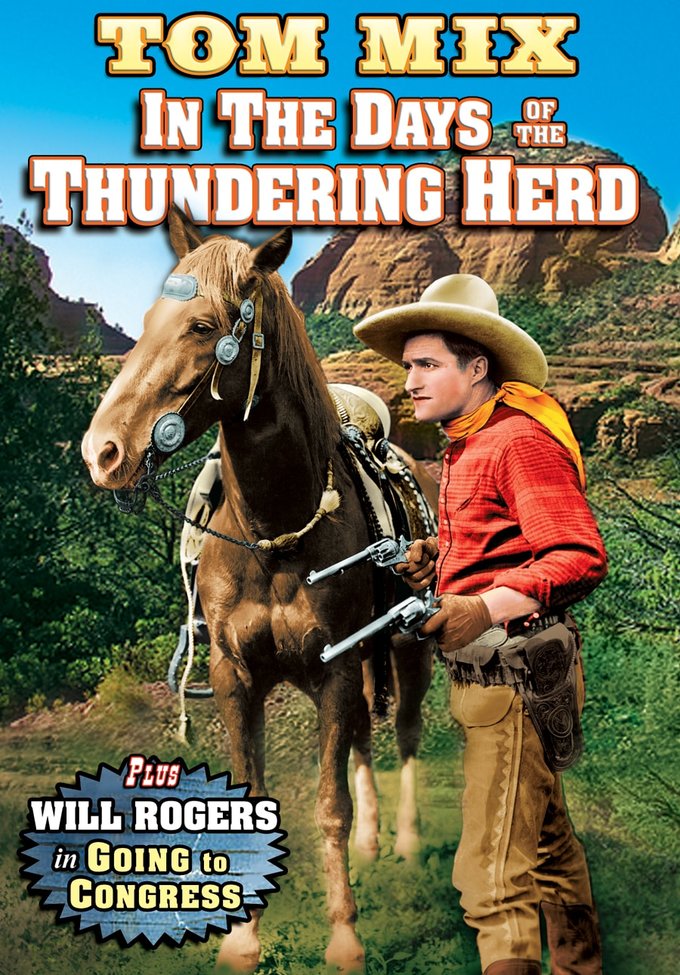 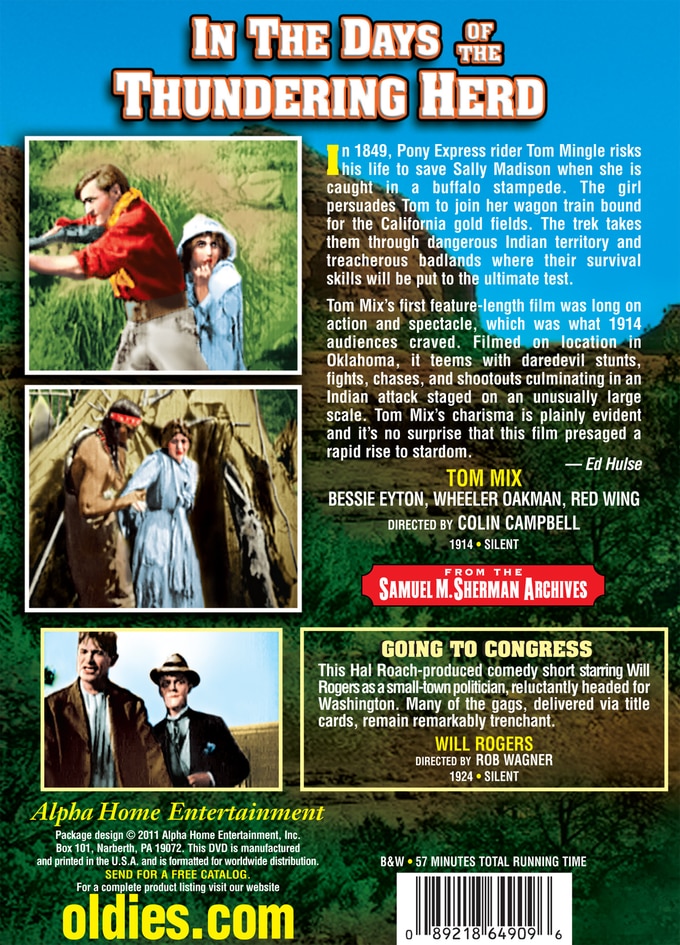 In the Days of the Thundering Herd (1914, B&W, Silent): In 1849, Pony Express rider Tom Mingle risks his life to save Sally Madison when she is caught in a buffalo stampede. The girl persuades Tom to join her wagon train bound for the California gold fields. The trek takes them through dangerous Indian territory and treacherous badlands where their survival skills will be put to the ultimate test. Tom Mix's first feature-length film was long on action and spectacle, which was what 1914 audiences craved. Filmed on location in Oklahoma, it teems with daredevil stunts, fights, chases, and shootouts culminating in an Indian attack staged on an unusually large scale. Tom Mix's charisma is plainly evident and it's no surprise that this film presaged a rapid rise to stardom. Starring Tom Mix, Bessie Eyton, Wheeler Oakman, Red Wing; Directed by Colin Campbell.

Going To Congress (1924, B&W, Silent): This Hal Roach-produced comedy short starring Will Rogers as a small-town politician, reluctantly headed for Washington. Many of the gags, delivered via title cards, remain remarkably trenchant. Directed by Rob Wagner.

A wagon train heading west is attacked by Indians and the settlers are slaughtered. Includes the Tom Mix short "Local Color." Silent.

Big Battles | Indians | Silent | Vintage
This product is made-on-demand by the manufacturer using DVD-R recordable media. Almost all DVD players can play DVD-Rs (except for some older models made before 2000) - please consult your owner's manual for formats compatible with your player. These DVD-Rs may not play on all computers or DVD player/recorders. To address this, the manufacturer recommends viewing this product on a DVD player that does not have recording capability.