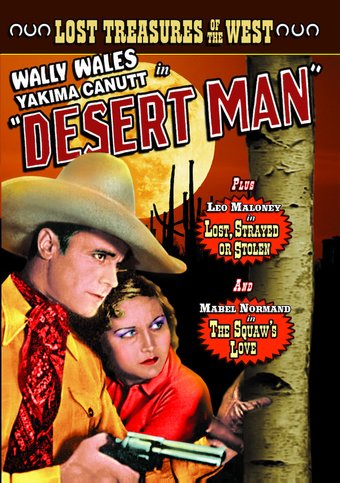 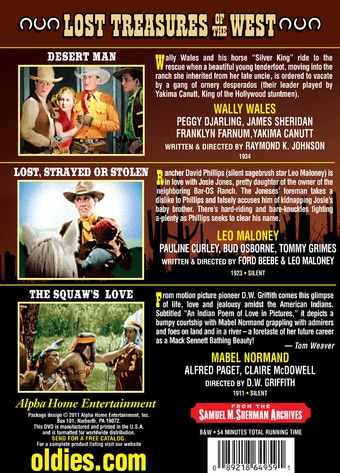 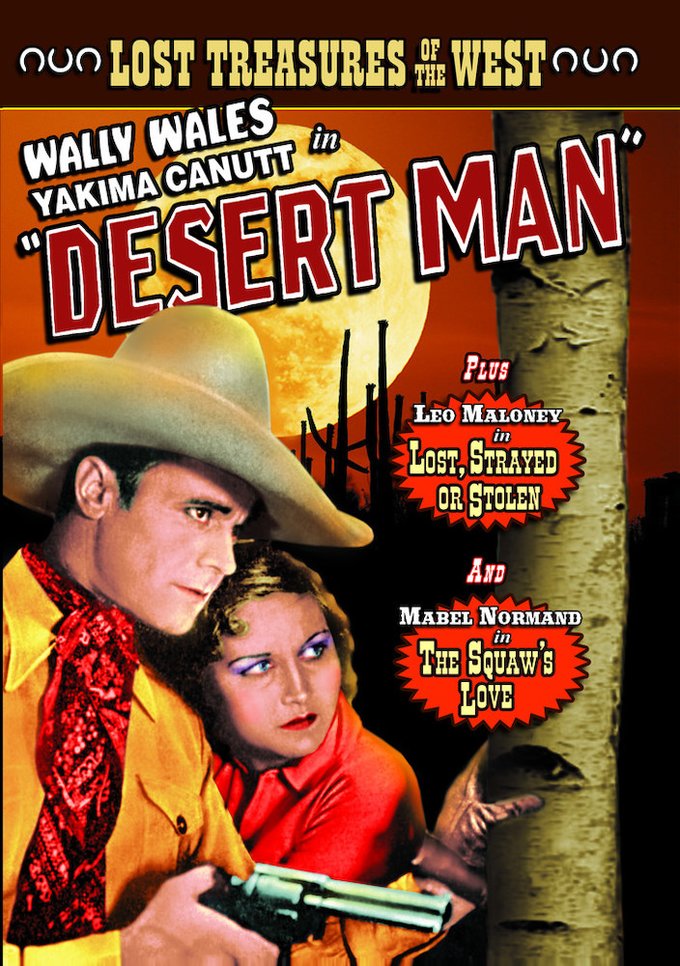 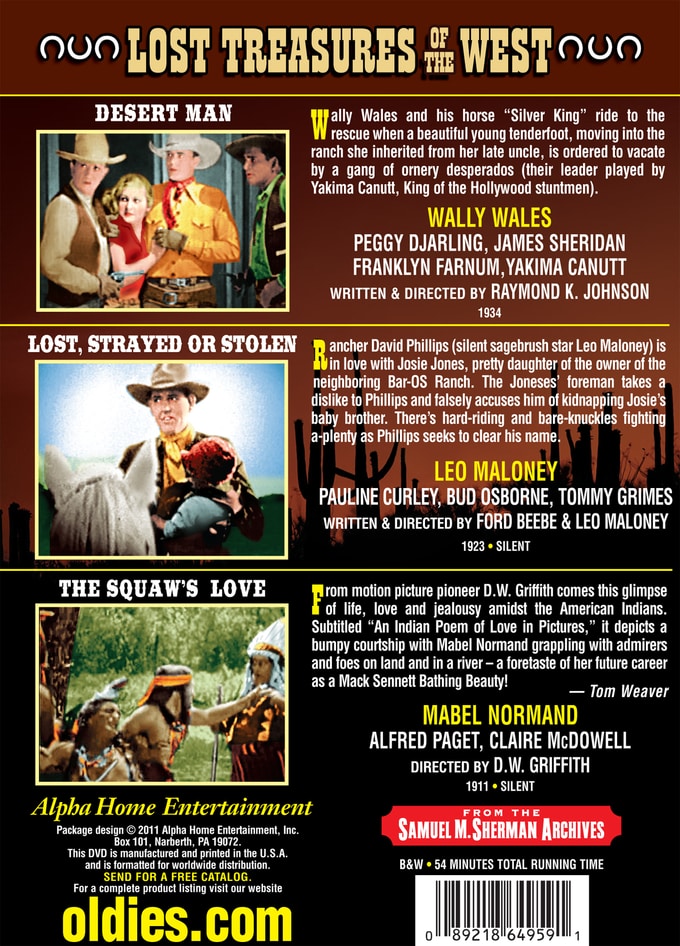 Desert Man (1934, B&W): Wally Wales and his horse "Silver King" ride to the rescue when a beautiful young tenderfoot, moving into the ranch she inherited from her late uncle, is ordered to vacate by a gang of ornery desperados (their leader played by Yakima Canutt, King of the Hollywood stuntmen). Starring Wally Wales, Peggy Djarling, James Sheridan, Franklyn Farnum, Yakima Canutt; Written & Directed by Raymond K. Johnson.

The Squaw's Love (1911, B&W, Silent): From motion picture pioneer D.W. Griffith comes this glimpse of life, love and jealousy amidst the American Indians. Subtitled "An Indian Poem of Love in Pictures," it depicts a bumpy courtship with Mabel Normand grappling with admirers and foes on land and in a river - a foretaste of her future career as a Mack Sennett Bathing Beauty! Starring Mabel Normand, Alfred Paget, Claire McDowell; Directed by D.W. Griffith.