When single parents fall in love, marry and move in together with their six mismatched kids, they hope it's only a matter of time until they all come to love their new life. 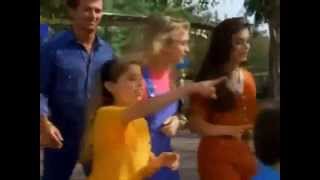 Last season, even the normally boisterous Foster-Lambert household was shaken when Carol (Suzanne Somers) and Frank (Patrick Duffy) delivered a little surprise to the family: a new baby, Lilly Foster-Lambert, the first child who can't be pegged as belonging to one "half" of the family or the other. As each sibling deals with the new addition in his or her own way (with reactions ranging from joy to jealousy), they all ultimately pull together to help care for their new baby sister. Meanwhile, Dana (Staci Keanan) moves into a house with college friends and behaves outrageously, Al (Christine Lakin) cares for a bakery's rambunctious chimpanzee mascot, and Cody (Sasha Mitchell) becomes Debbie Gibson's bodyguard. Finally, the family enjoys Florida's Walt Disney World, despite Karen's (Angela Watson) overzealous demands on her sisters for a singing competition and, even worse, Frank and Carol not getting a moment alone together.
This product is made-on-demand by the manufacturer using DVD-R recordable media. Almost all DVD players can play DVD-Rs (except for some older models made before 2000) - please consult your owner's manual for formats compatible with your player. These DVD-Rs may not play on all computers or DVD player/recorders. To address this, the manufacturer recommends viewing this product on a DVD player that does not have recording capability.