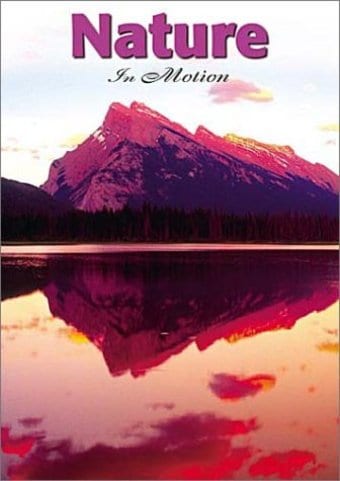 Because the American nation is so large, it boasts one of the most diverse landscapes of any country in the world. From the dense forests of the East Coast, through the flat farmlands of the Midwest, to the dramatic peaks and canyons of the West, the United States boasts some of the most breathtaking nature on the globe. NATURE IN MOTION is a beautifully shot film which captures America's national parks in lush color. Sandy beaches, snowcapped mountains, icey glaciers, painted deserts--all of these are captured in wonderful time-lapse photography.

Experience "Nature in Motion" on this breathtaking journey to America's greatest natural treasures, our National Parks. The magic of time lapse photography brings the majesty and wonder of these special places right into your living room. From rugged, wave-washed beaches to pristine painted deserts and canyons to soaring, snow-clad peaks and glaciers, these haunting images blend with soothing, soulful music and enchanting sounds of nature itself in creating an unforgettable Western panorama to be savored again and again.