TV-version of the classic fairy tale, set to a Rodgers and Hammerstein score. 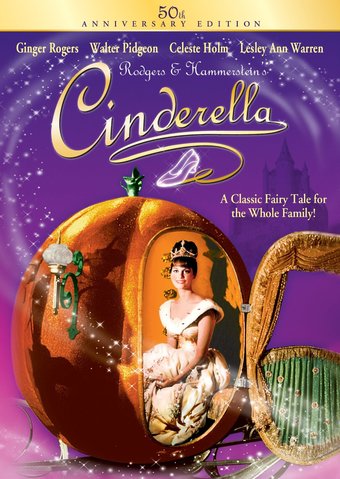 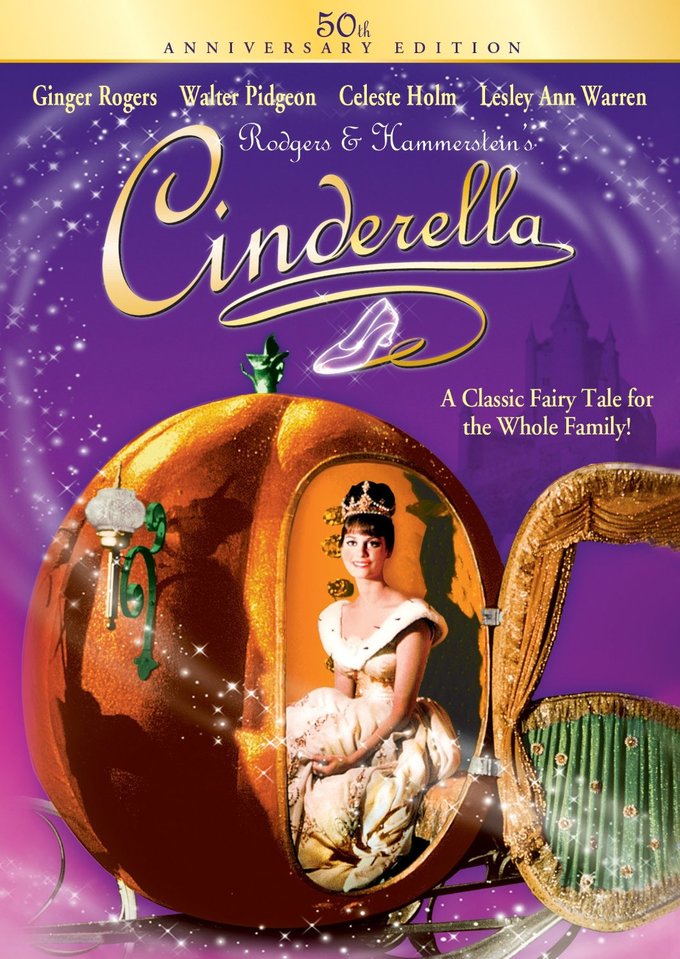 An all-star cast headlines this enchanting musical version of the rags-to-riches fairy tale with an effervescent score by Rodgers and Hammerstein. Lesley Ann Warren stars as the downtrodden waif who becomes the belle of the ball when a handsome prince (Stuart Damon) is taken with her. Ginger Rogers, Celeste Holm, and Walter Pidgeon also star. Originally produced for network television in 1965, this version of the tale has become a time-tested classic to be cherished by all ages.

A musical retelling of perhaps the best-loved fairytale of all time.
Cinderella once had a happy life -- until her beloved father married a wicked lady with two wicked daughters. Now he's dead, and she's at the mercy of her stepfamily. They use her cruelly, forcing her to work day and night, and tend to their every whim.
Then the Prince announces he's giving a ball and will choose his bride from among the guests. Cinderella desperately wants to go... but she cannot enter the palace dressed in rags and covered in soot.
Just as she despairs of ever finding happiness, a strange guest enters the house -- a guest determined to make all of Cinderella's dreams come true.

17%off
The Slipper and the Rose: The Story of Cinderella
$12.40 Super Savings
Add to Cart

Customer Rating:
Based on 4251 ratings.


1965+18+3=Enchantment lingering into 2015 and beyond. I was 3, a step-grandchild living in a strange situation... and I related with Cinderella's character on many levels. Her chores. her voice, her tears, her imagination & her happiness. She and Fairy God-Mother, took me to a place I felt I was & wanted to be. Lesley Ann Warren to me is the only true Cinderella. Anyone who hasn't seen this version, has not seen the real thing!