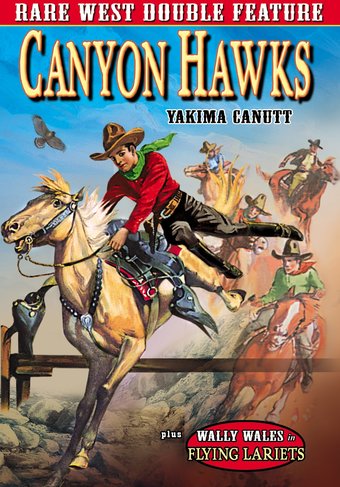 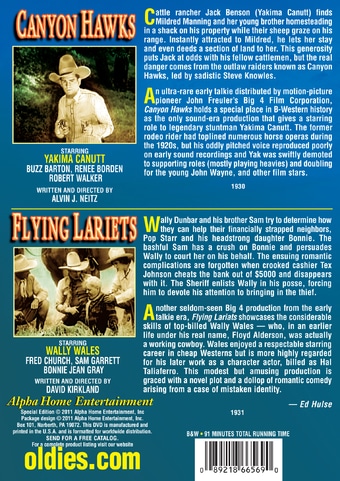 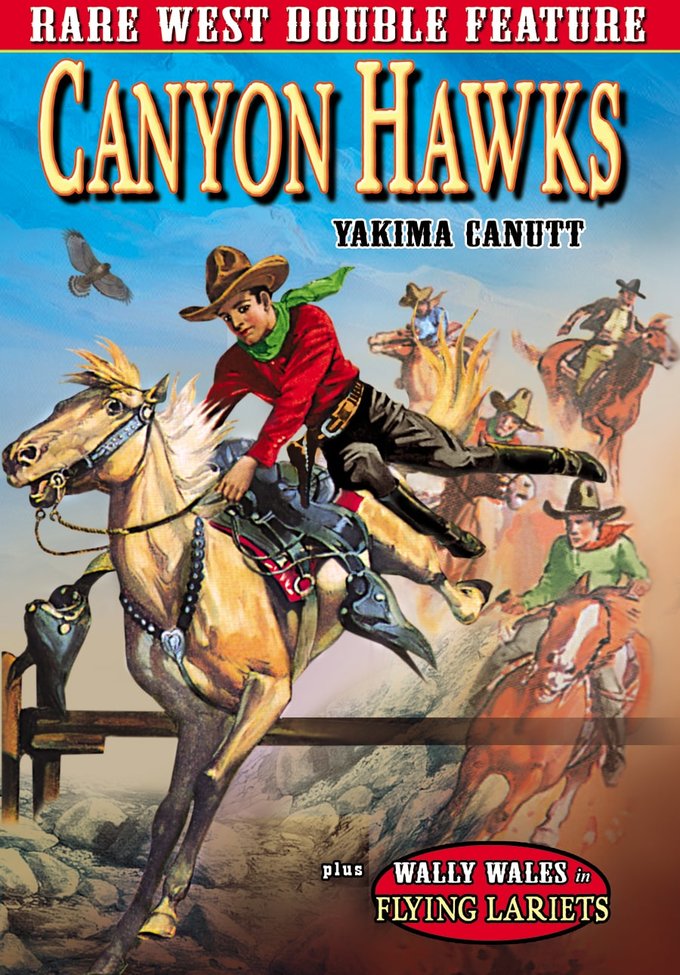 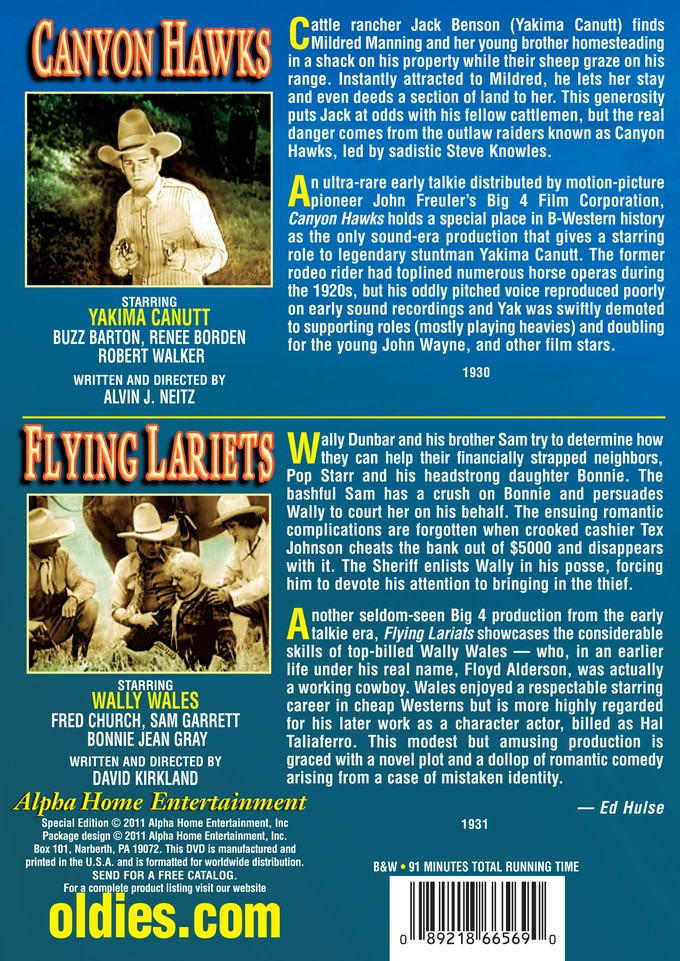 Canyon Hawks (1930, B&W): Cattle rancher Jack Benson (Yakima Canutt) finds Mildred Manning and her young brother homesteading in a shack on his property while their sheep graze on his range. Instantly attracted to Mildred, he lets her stay and even deeds a section of land to her. This generosity puts Jack at odds with his fellow cattlemen, but the real danger comes from the outlaw raiders known as Canyon Hawks, led by sadistic Steve Knowles.

An ultra-rare early talkie distributed by motion-picture pioneer John Freuler's Big 4 Film Corporation, Canyon Hawks holds a special place in B-Western history as the only sound-era production that gives a starring role to legendary stuntman Yakima Canutt. The former rodeo rider had toplined numerous horse operas during the 1920s, but his oddly pitched voice reproduced poorly on early sound recordings and Yak was swiftly demoted to supporting roles (mostly playing heavies) and doubling for the young John Wayne, and other film stars.

Flying Lariats (1931, B&W): Wally Dunbar and his brother Sam try to determine how they can help their financially strapped neighbors, Pop Starr and his headstrong daughter Bonnie. The bashful Sam has a crush on Bonnie and persuades Wally to court her on his behalf. The ensuing romantic complications are forgotten when crooked cashier Tex Johnson cheats the bank out of $5000 and disappears with it. The Sheriff enlists Wally in his posse, forcing him to devote his attention to bringing in the thief.

Another seldom-seen Big 4 production from the early talkie era, Flying Lariats showcases the considerable skills of top-billed Wally Wales - who, in an earlier life under his real name, Floyd Alderson, was actually a working cowboy. Wales enjoyed a respectable starring career in cheap Westerns but is more highly regarded for his later work as a character actor, billed as Hal Taliaferro. This modest but amusing production is graced with a novel plot and a dollop of romantic comedy arising from a case of mistaken identity.