Q: 4 stars out of 5 - "DRAGNET is Mark E Smith and chums in willfully difficult but imaginatively fertile form..." 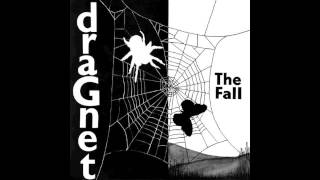 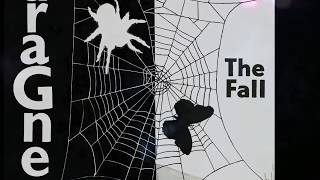 Includes bonus tracks.
The Fall: Mark E. Smith, Marc Riley (vocals, guitar); Craig Scanlon (guitar); Steve Hanley (bass); Mike Leigh (drums).
Recorded at Cargo Studios, Rochdale, England in August 1979.
All tracks have been digitally remastered.
Audio Remasterer: Andy Pearce.
The Fall's second album, released the same year as their debut (1979), refines its predecessor's somewhat embryonic approach, simplifying the sonic attack and achieving greater concision and sense of purpose. Mark E. Smith's lyrical themes are a bit darker, but still juggle post-punk sociopolitical commentary with dense, imagistic wordplay. Perhaps most importantly, DRAGNET marks the arrival of guitarist Craig Scanlon and bassist Steve Hanley, who would prove crucial to the band's progression over the next few years. Scanlon and Marc Riley's scrappy, lo-fi guitar din is appropriately discordant and repetitive, emphasizing the bleak societal framework from which the album emerged.
The song structures are pared down to basic, almost primal extremes, making for a more instant communication of intent, with Smith's disgruntled observations delivered over purposefully primitive, occasionally martial bashing. DRAGNET provides the template from which the Fall would continue to fashion its trademark sound over their next couple of releases. The 2004 reissue also appends a wealth of bonus tracks for the Fall completist.

The Fall
The Wonderful And Frightening World Of The Fall
$20.80
Add to Cart
(4)