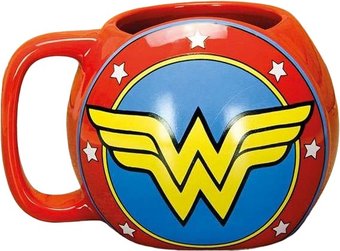 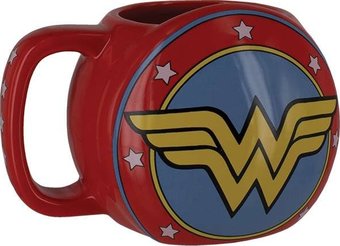 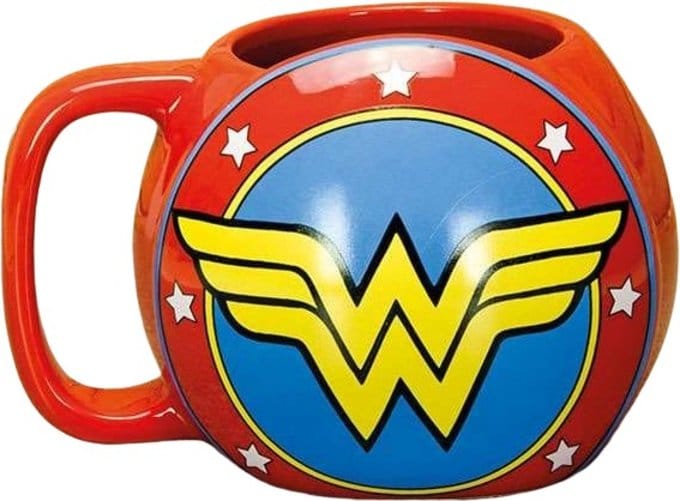 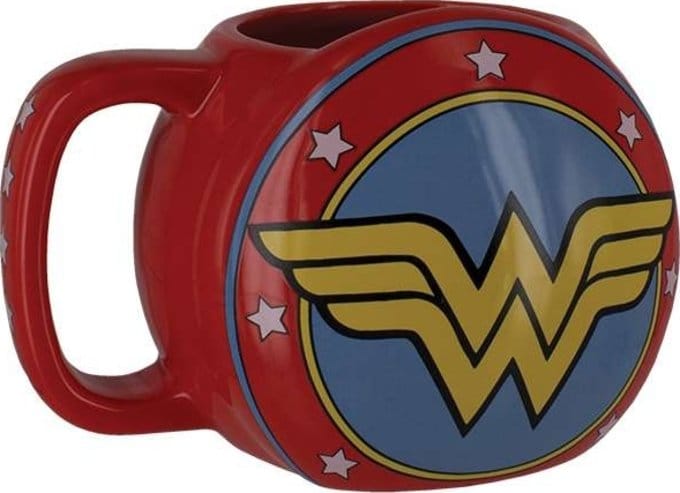 Paradise stands in the shadow of swords...Enjoy a refreshing cuppa with a superhero in the unique shape of this Wonder Woman Shield Mug. Shaped like Wonder Woman's iconic shield, this red and blue hero's mug will help tackle the fight against thirst and give you a perfect tea break. Wonder Woman, first appearing in All Star Comics in 1941 (later to form part of DC Comics) is the legendary Amazonian Princess who goes by the alter ego of Diana Prince. With her Amazonian strength and super-powered bracelets, Wonder Woman has become an enduring hero for millions of fans world-wide. Featuring in her own blockbuster movie, as well as the wider DC franchise films such as Justice League, Wonder Woman is one of the most popular characters in the DC Comics canon. Great for fans of the comic books, films and TV series, the Wonder Woman Shield Mug is an officially licensed DC Comics product.