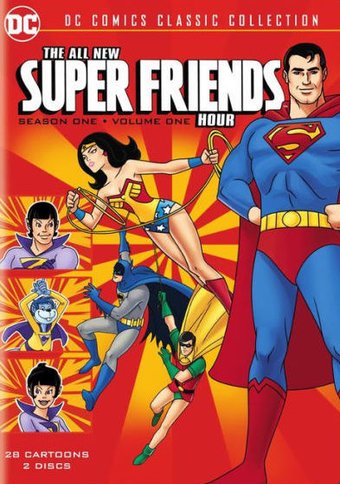 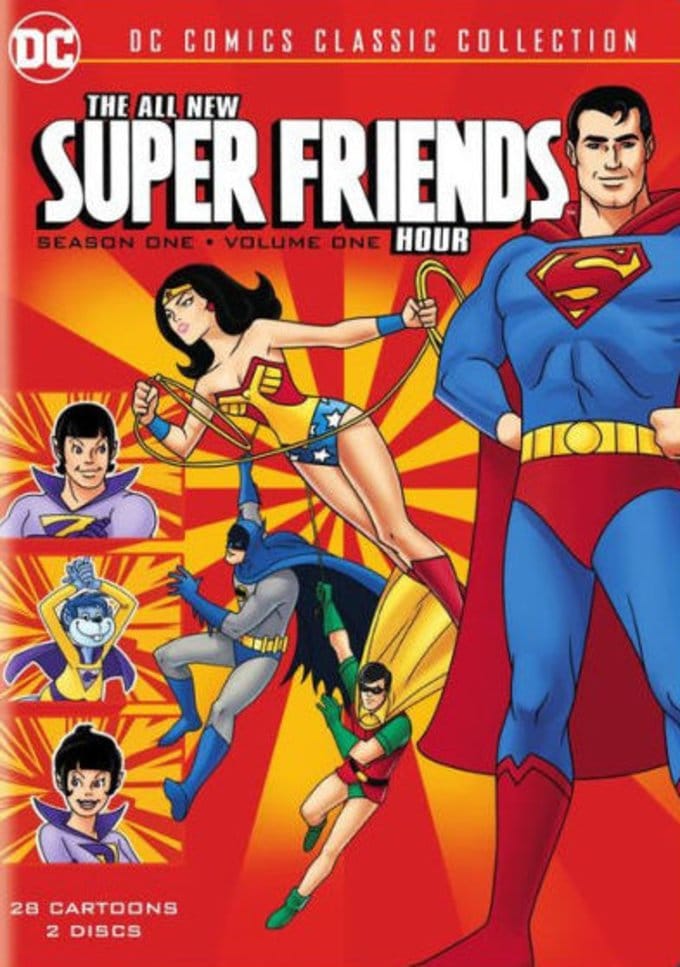 Straight from the pages of DC Comics, ABC's ALL-NEW SUPERFRIENDS HOUR proved a colossal hit when it premiered on Saturday mornings in 1977. Branded in the memory of a whole generation of young TV watchers, this animated series follows the incredible adventures of Superman, Batman, Robin, Wonder Woman, and Aquaman as they band together to fight the forces of evil. In addition to its all-star roster of superheroes, the show also introduces unforgettable new characters like the shapeshifting Wonder Twins--Zan and Jayne--and their chattering space monkey, Gleek. Divided into four exciting cartoons, each episode comes interspersed with fun segments in which the Superfriends ask riddles, teach magic tricks, and even offer a few important lessons! This collection gathers together eight episodes of the vintage series.

24%off
The World's Greatest Super Friends!: And Justice for All
$9.80 Super Savings
Add to Cart

Challenge of the SuperFriends - United They Stand (DVD)
$6.40
Add to Cart