A marvelous romance is a treat. Three marvelous romances in one film is an indulgence! The Story of Three Loves explores relationships - from the whimsical to the dramatic - recalled by passengers aboard a sleek ocean liner. 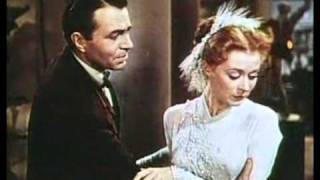 The Story of Three Loves trailer

A marvelous romance is a treat. Three marvelous romances in one film is an indulgence no fan should miss. Featuring some of the biggest stars of the 50s, The Story of Three Loves explores relationships - from the whimsical to the dramatic - recalled by passengers aboard a sleek ocean liner. In the first story, an impresario (James Mason) loses his heart to a lovely ballerina (Moira Shearer) with tragic results. Next, an elderly enchantress (Ethel Barrymore) uses magic to help a naive governess (Leslie Caron) find romance. Finally, a trapeze artist (Kirk Douglas) who was responsible for the death of his last partner trains a new one (Pier Angeli), a beautiful woman with a mysterious past. Three loves, three reasons to stay in tonight.

This anthology film tells three stories of love involving the passengers of an ocean liner at sea. In the first, "The Jealous Lover," James Mason plays Charles Coudray, a well-known ballet director. When someone asks Coudray why he staged his masterpiece, "Astarte," only once, he tells the story of Paula Woodward (Moira Shearer), a superb dancer he found practicing in his theater. He was awestruck by her technique and her beauty, but he discovered that she had a secret -- due to a cardiac condition, she has been forbidden to dance too strenuously, as it could tax her heart and eventually kill her. Charles urges Paula to perform for him, so he may use her movements to choreograph his next great work; she agrees, but the exertion proves too much for her and she dies. He arranges for the work she inspired to be performed only once, in hopes that she will somehow see it from on high. In the second segment, "Mademoiselle," Tommy (Ricky Nelson) is a 12-year-old boy travelling with his French governess and tutor (Leslie Caron); she's tired of spending her days watching over a child, and he'd like to get away from Teacher for a while. Mrs. Pennicott (Ethel Barrymore), a older woman who happens to be a witch, hears Tommy wishing he could be a grown-up, and she grants his request: suddenly Tommy is a grown man (played by Farley Granger), but only for the next four hours. The Governess meets the mysterious stranger Tommy has become, and soon they fall in love. In the final segment, "Equilibrium," Kirk Douglas plays Pierre Narval, a high-wire artist who retired from performing after his partner died while performing a trapeze act, an accident Pierre blames on himself. He begins to reconsider his decision when he saves the life of Nina (Pier Angeli), a woman who attempted to drown herself; her husband died in a Nazi concentration camp during World War II, and she feels she is to blame for his death. Their shared fatalism equals fearlessness in Pierre's eyes, and he teaches Nina the art of the trapeze; however, when he begins to fall in love with her, he's no longer so certain that he wants her to risk her life. "The Jealous Lover" and "Equilibrium" were directed by Gottfried Reinhardt, while "Mademoiselle" was directed by Vincente Minnelli.

Romance | Witches And Wizards | Dancers | Witches | Directors
This product is made-on-demand by the manufacturer using DVD-R recordable media. Almost all DVD players can play DVD-Rs (except for some older models made before 2000) - please consult your owner's manual for formats compatible with your player. These DVD-Rs may not play on all computers or DVD player/recorders. To address this, the manufacturer recommends viewing this product on a DVD player that does not have recording capability.