A church congregation helps a stranger pick up the pieces of his life. A story of outstanding faith with an all star cast. Bonus TV episode "Crossroads" (1956). 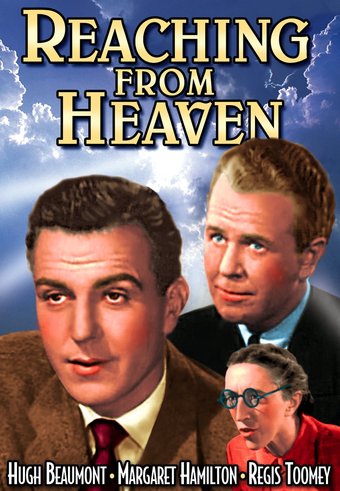 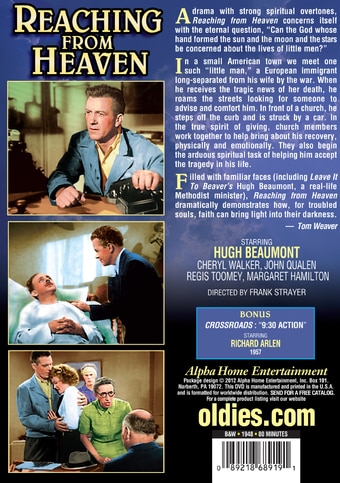 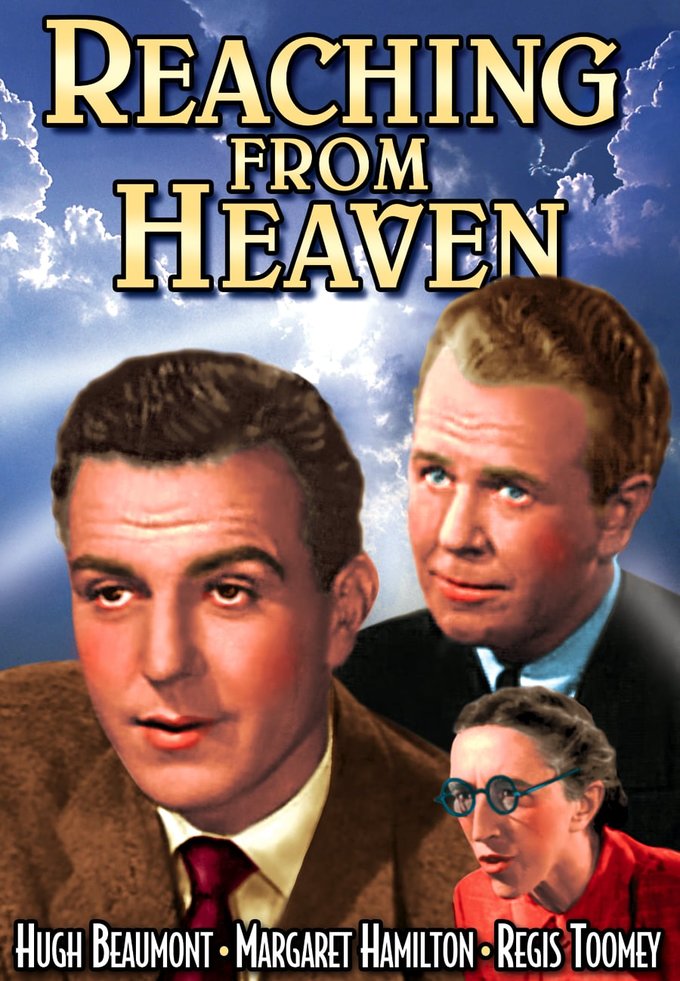 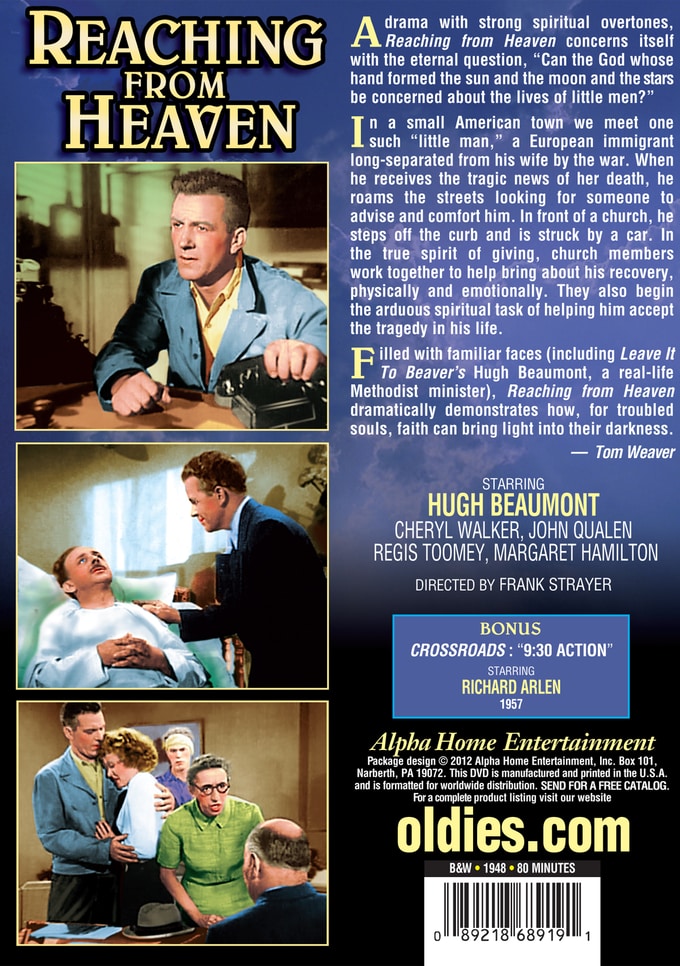 A drama with strong spiritual overtones, Reaching from Heaven concerns itself with the eternal question, "Can the God whose hand formed the sun and the moon and the stars be concerned about the lives of little men?"

In a small American town we meet one such "little man," a European immigrant long-separated from his wife by the war. When he receives the tragic news of her death, he roams the streets looking for someone to advise and comfort him. In front of a church, he steps off the curb and is struck by a car. In the true spirit of giving, church members work together to help bring about his recovery, physically and emotionally. They also begin the arduous spiritual task of helping him accept the tragedy in his life.

Filled with familiar faces (including "Leave It To Beaver"'s Hugh Beaumont, a real-life Methodist minister), Reaching from Heaven dramatically demonstrates how, for troubled souls, faith can bring light into their darkness.

This unusual, long-forgotten religious drama co-stars Hugh Beaumont (LEAVE IT TO BEAVER) and Margaret Hamilton (THE WIZARD OF OZ. It transpires in a Middle American town, where a European immigrant turned resident learns that the scourge of war has killed his wife. In the days that follow, he roams the streets searching for comfort, until a near-fatal automobile accident puts him at the mercy of the local citizenry. Movedd by empathy and compassion, the townspeople then band together to bring about his physical, emotional, mental and spiritual recovery. The film as a whole seeks to raise questions about God's interest in looking out for average men and women. Co-star Beaumont was reportedly an ordained Methodist minister in real life, which made the themes of this drama particularly relevant for him.
This product is made-on-demand by the manufacturer using DVD-R recordable media. Almost all DVD players can play DVD-Rs (except for some older models made before 2000) - please consult your owner's manual for formats compatible with your player. These DVD-Rs may not play on all computers or DVD player/recorders. To address this, the manufacturer recommends viewing this product on a DVD player that does not have recording capability.