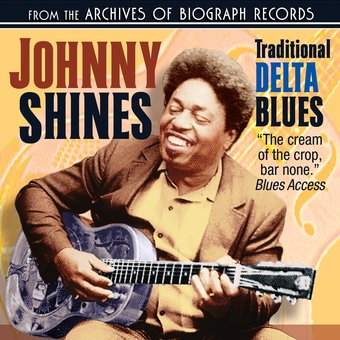 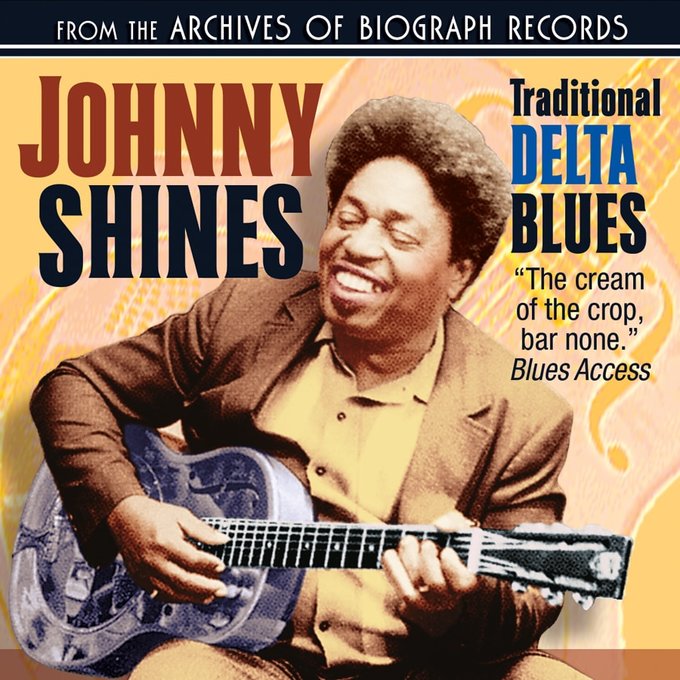 Johnny Shines was born in Frazier, Tennessee in 1915. Influenced by the likes of Blind Lemon, Charley Patton, Lonnie Johnson and others, he started playing professionally in 1935 and spent several years on the road with the legendary Robert Johnson. He settled in Chicago, and worked with Memphis Slim, Eddie Boyd, Walter Horton and Snooky Pryor. Highlights of this collection include renditions of several Robert Johnson songs ("Dynaflow Blues," "Milkcow Blues" and "Tell Me Mama.") From the archives of Biograph Records.

Although Johnny Shines was steeped in Mississippi Delta blues as a youngster, and spent a good deal of time traveling and playing with Robert Johnson (the man largely considered the master of the style), he spent most of the 1940s and '50s fronting electric bands in Chicago. Nevertheless, Shines's electric playing was always greatly informed by the Delta style, and, in the '60s and '70s, he began to revisit his roots in a solo acoustic format. TRADITIONAL DELTA BLUES captures Shines in this context, and features 14 excellent performances that display his passionate singing, fine bottleneck playing, and intricate phrasing in the Johnson tradition.
Not surprisingly, Shines covers several Johnson songs, including "Terraplane Blues" (here titled "Dynaflow Blues"), "Milkcow's Calf Blues" (titled "Milk Cow Blues"), and "Tell Me Mama," a song Shines reportedly learned from Johnson, though Johnson never recorded it. Shines also contributes several fine originals to the set, the driving "Delta Pine," and the rhythmically slashing "Arguing and Boodling," among them. A handful of blues classics ("Sitting on Top of the World," for example) round out this outstanding latter-day set of truly authentic Delta blues.