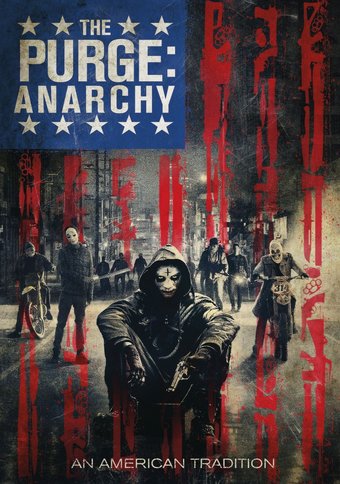 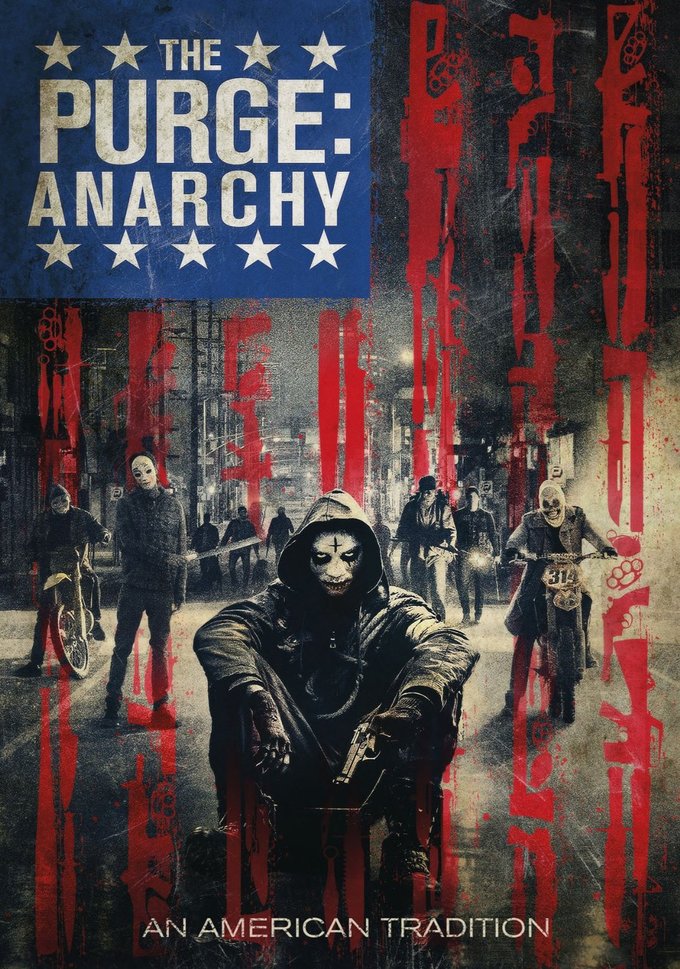 A vengeful father comes to the aid of a mother, her teenage daughter, and a defenseless young couple on the one night of the year that all crime, including murder, is legal in this self-contained sequel from co-producer Jason Blum and original PURGE writer/director James DeMonaco. As the countdown to the Purge starts ticking, struggling waitress Eva (Carmen Ejogo) risks her safety by staying late at work to ask her boss for a raise. Later, as she returns home to her elderly father (John Beasley) and daughter Cali (Zoë Soul), bickering couple Shane (Zach Gilford) and Liz (Kiele Sanchez) attempt to make their way out of the city following a frightening run-in with a gang of masked, machete-wielding thugs. While these five people are eager to seek sanctuary from the impending wave of violence about to flood the streets, a lone stranger (Frank Grillo) intent on seeking vengeance for the wrongful death of his son plans to draw blood from the man responsible. Armed to the teeth as he cruises the city in a modified muscle car, he gets sidetracked from his mission when he sees Eva and Cali fighting for their lives against a small army of black-clad soldiers. Against his better judgment, he rescues the pair, only realizing later that Shane and Liz also jumped into his backseat in order to escape a gang that disabled their car and were hunting them through the streets. When the stranger's car is similarly damaged beyond the point of repair, this unlikely group must stick together in order to survive the night. But little do they realize that their nightmare has only just begun.