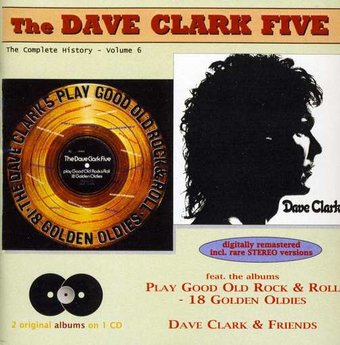 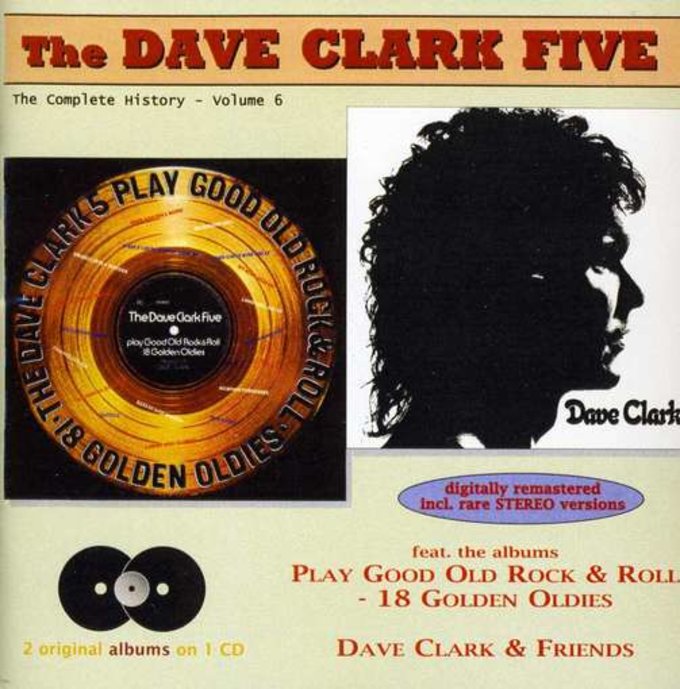 In a strange twist to their career, and although the Dave Clark Five enjoyed considerably greater popularity in the U.S. than their native U.K., by the end of the 1960s, they were releasing more product and enjoying more chart success in Britain than they were across the ocean. Indeed, their LPs Five X Five = Go! 14 Titles by Dave Clark Five and If Somebody Loves You weren't even released in the U.S., though they were issued in the U.K. in 1969 and 1970, respectively. (Note that Five X Five = Go! 14 Titles By Dave Clark Five has entirely different contents than the similarly titled 1967 American LP Five by Five.) As the fifth volume in an unauthorized series of Dave Clark Five CDs covering their entire career, Complete History Vol. 5: Five X Five = Go! 14 Titles by Dave Clark Five/If Somebody Loves You combines both of these albums onto one CD. Before DC5 fans get too excited about the chance to hear LPs that never found Stateside release, it should be noted that much of the material did actually come out in the U.S. on obscure 1967-1970 singles, and that a few tracks had actually already appeared on U.S. LPs in the mid-'60s. For both of these British LPs were not proper standalone albums, but more like compilations of odds and ends, with Five by Five in fact spanning 1964-1969 in its track selection (though emphasizing late-'60s material).
Partly for this reason, this CD is hardly the DC5 at their best, or even at their best in terms of their less celebrated work. Five X Five is the slightly better of the pair, but is wildly stylistically uneven, indiscriminately mixing blustery late-'60s flop pop 45s in both the soul-rock and MOR ballad style; an easy listening instrumental ("When I Am Alone"); an oldies cover ("Please Stay"); a Walker Brothers-style ballad ("Away from the Noises"); a 1969 B-side throwback to their rowdy mid-'60s sound ("Best Day's Work"); and a quite decent spooky, almost Zombies-like number ("I Still Need You") that sounds like it might be a mid-'60s outtake. If Somebody Loves You concentrates more on tracks that had seen release on 1967-1970 U.K. and/or U.S. singles, which occupy more than half the LP, though even here a song that had seen release on a mid-'60s North American album "I Am on My Own" was exhumed. Those bits excepted, If Somebody Loves You generally charts the DC5's decline into an uninteresting rock band pursuing various strands of late-'60s British pop trends without much artistic success, though Mike Smith's lead vocals remained very good. That record does include their last big U.K. hit, a cover of the folk-rock standard "Everybody Get Together." But this CD must be considered one of the least essential volumes in this series, of interest mostly to Dave Clark completists who want to get as much of their catalog on compact disc as possible in the absence of material's availability on official reissues. ~ Richie Unterberger

The Dave Clark Five
Glad All Over
$26.50 on Sale
Add to Cart