Larry Graham One In A Million You 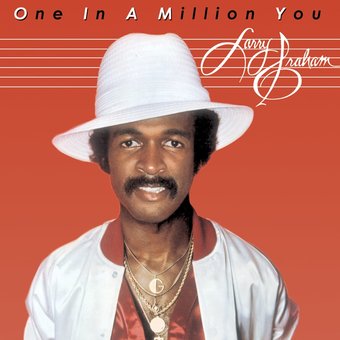 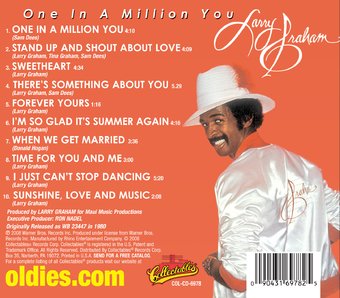 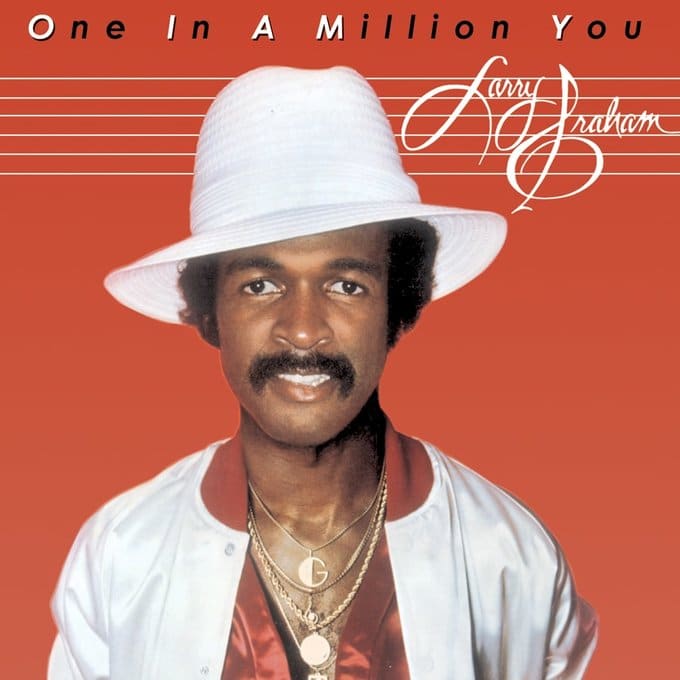 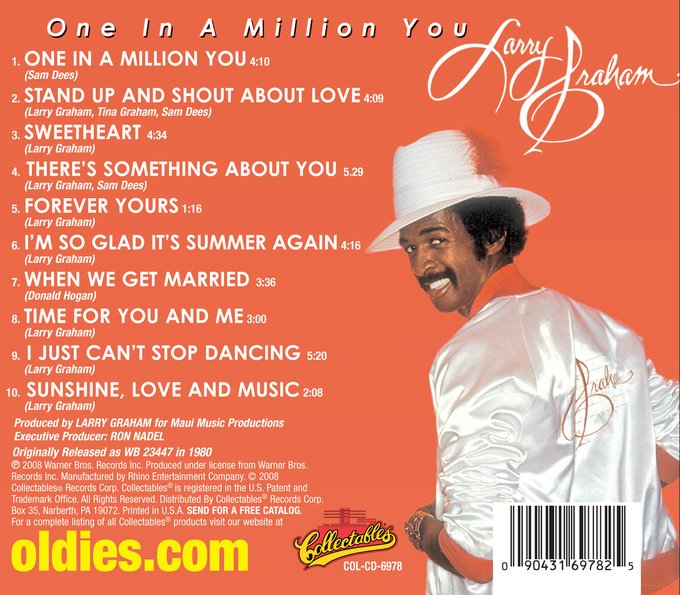 Get email alerts for Larry Graham
8 ratings
Currently Out of Stock: We'll get more as soon as possible
Notify Me When Available
Add to Wishlist
Format:  CD
item number:  COL 6978
Related products:
Barry White: All-Time Greatest Hits for $13.30
Best Of Peabo Bryson for $6.70
The Best of Anita Baker for $13.60
James Ingram: The Greatest Hits: The Power of Great Music for $7.80
91% recommend us!

After leading Graham Central Station to the top of the R&B charts, Larry Graham set out on an extremely successful solo career. Effortlessly mixing soul, funk and pop, he scored many hits throughout the 80's. This is his original 1980 release and includes the top ten pop hit "One In A Million You."

Personnel: Larry Graham (vocals, guitar, keyboards, drums, percussion, background vocals); Wilton Rabb (vocals, guitar, background vocals); Eric Daniels (vocals, keyboards, background vocals); Tina Graham (vocals, background vocals).
Audio Mixer: Ron Nadel.
Recording information: Maui Music Machine, Hollywood, CA.
Photographer: Fred Valentine.
Arranger: Larry Graham.
As the leader of Graham Central Station, Larry Graham was responsible for some of the nastiest, grittiest, most gutbucket funk of the 1970s. But when he launched a solo career with 1980s One in a Million You, the singer/electric bassist surprised the R&B world by emphasizing ballads. And if anyone doubted that Graham's fans wanted to hear him doing a lot of romantic crooning, their fears were put to rest when this LP's sentimental title song became a major hit and Warner Bros. successfully released Graham's remake of "When We Get Married" (previously recorded by the Dreamlovers and the Intruders) as the follow-up single. This isn't to say that One in a Million You is devoid of up-tempo material; one of the best things on the album is the very danceable and infectious "I Just Can't Stop Dancing." Nonetheless, the LP is best-known for its ballads. "I Just Can't Stop Dancing" was meant to recall "Dance to the Music," a Sly & the Family Stone smash that Graham had played on in the late '60s -- although the song is equally mindful of 1960s Motown and has an appealing personality of its own. Less impressive is "I'm So Glad It's Summer Again," which is nothing more than a poor man's "Hot Fun in the Summertime." But this album's strengths by far outweigh its weaknesses, and One in a Million You is enthusiastically recommended to R&B lovers. ~ Alex Henderson

54%off
Graham Central Station
My Radio Sure Sounds Good To Me (CD)
$5.98 on Sale
Add to Cart

Customer Rating:
Based on 8 ratings.


Finally a CD of Larry Graham's best record.I've had to listen to my tape cassette for the last 28 years.Not good.I'm very happy about this.Not a bad song in the bunch.One in a Million You,Sweetheart and I Just Can't Stop Dancing are my favs but they are all good.Larry Graham is not only a great funketeer and master bass player but man can he sing! Buy this now.