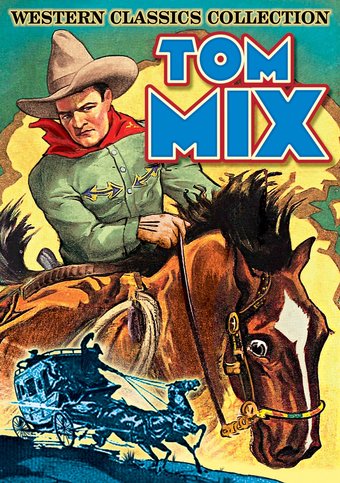 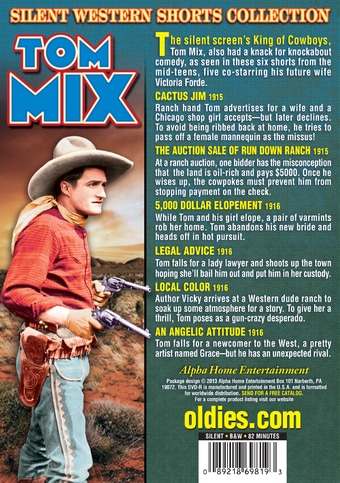 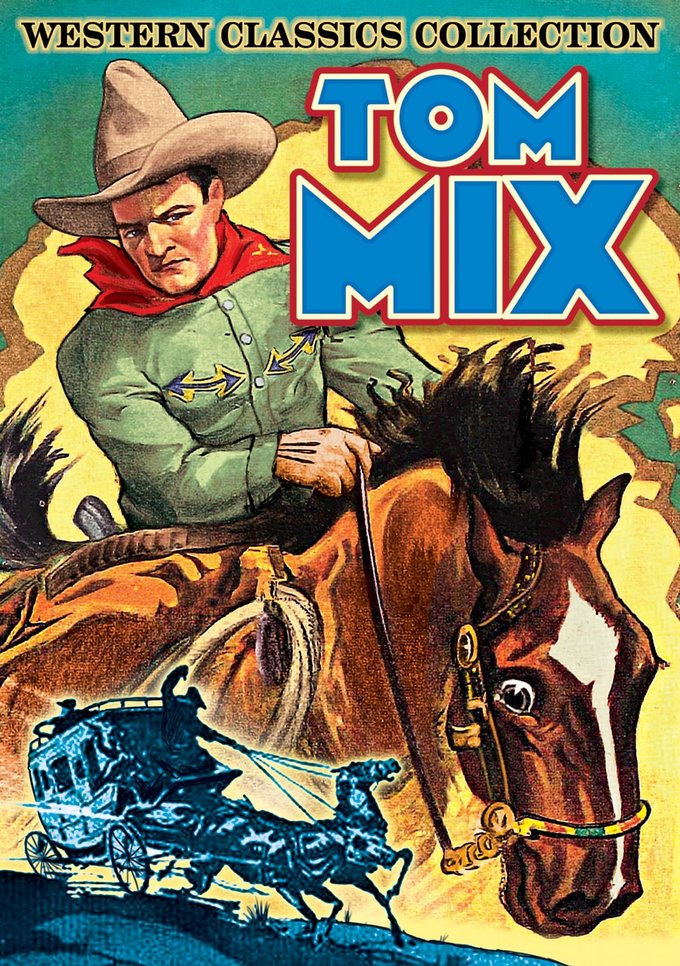 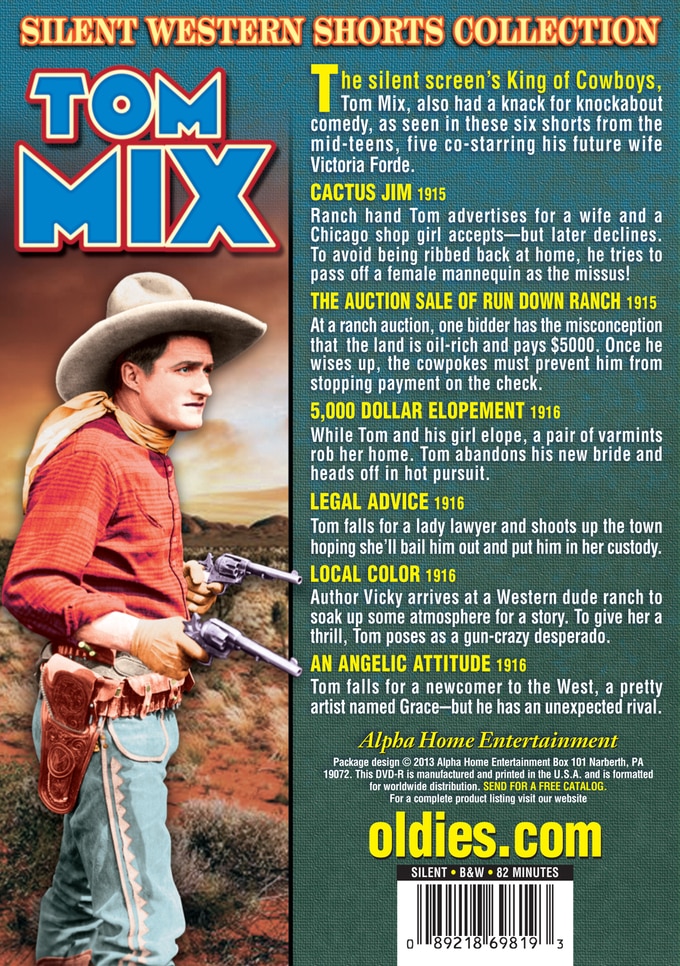 The silent screen's King of Cowboys, Tom Mix, also had a knack for knockabout comedy, as seen in these six shorts from the mid-teens, five co-starring his future wife Victoria Forde.

CACTUS JIM (1915): Ranch hand Tom advertises for a wife and a Chicago shop girl accepts... but later declines. To avoid being ribbed back at home, he tries to pass off a female mannequin as the missus!

THE AUCTION SALE OF RUN DOWN RANCH (1915): At a ranch auction, one bidder has the misconception that the land is oil-rich and pays $5000. Once he wises up, the cowpokes must prevent him from stopping payment on the check.

5,000 DOLLAR ELOPEMENT (1916): While Tom and his girl elope, a pair of varmints rob her home. Tom abandons his new bride and heads off in hot pursuit.

LEGAL ADVICE (1916): Tom falls for a lady lawyer and shoots up the town hoping she'll bail him out and put him in her custody.

LOCAL COLOR (1916): Author Vicky arrives at a Western dude ranch to soak up some atmosphere for a story. To give her a thrill, Tom poses as a gun-crazy desperado.

AN ANGELIC ATTITUDE (1916): Tom falls for a newcomer to the West, a pretty artist named Grace... but he has an unexpected rival.

93%off
The Who / Various Artists
The Who and Friends In Concert - TCT: Concert For Teenage... TOP 25 Bestselling DVD
99¢ on Sale
Add to Cart
(2)
Film Collectors & Archivists: Alpha Video is actively looking for rare and unusual pre-1943 motion pictures, in good condition, from Monogram, PRC, Tiffany, Chesterfield, and other independent studios for release on DVD. We are also interested in TV shows from the early 1950s. Share your passion for films with a large audience. Let us know what you have.
How to Order
Shipping Rates & Options
International Shipping
Return Policy
Request a FREE Catalog
Order Items by Catalog
View Catalogs Online
Safe Shopping Guarantee
Buy a Gift Certificate
About OLDIES.com
Customer Reviews
Contact Info
Privacy Policy
Send Feedback
Login
Forgot Password?
Sign Out
Email Subscriptions
Redeem Gift Certificate
To place an order or for customer service, call toll-free 1-800-336-4627 or outside the United States, call 1-610-649-7565
Open Monday-Friday: 9am-9pm, Weekends: 11am-7pm (Eastern Time)
Se habla Español! Spanish-speaking representatives available, Monday-Friday: 9am-5pm (Eastern Time)
Portions of this page © 2022 TiVo Corporation. For personal non-commercial use only. All rights reserved.
© 2022 OLDIES.com and its affiliates and partner companies. All rights reserved.