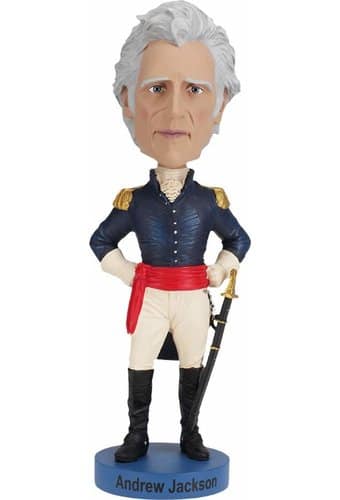 Andrew Jackson was an American soldier, freemason, and statesman who served as the seventh president of the United States from 1829 to 1837. Before being elected to the presidency, Jackson gained fame as a general in the United States Army and served in both houses of Congress. This bobblehead is made from high-quality, heavyweight polyresin, stands at over 8” tall, and is individually hand-painted.

President of the Local Gas Company - Men's Socks
$12.99 on Sale
Add to Cart