After escaping a Nazi prison an American soldier joins the Italian underground. 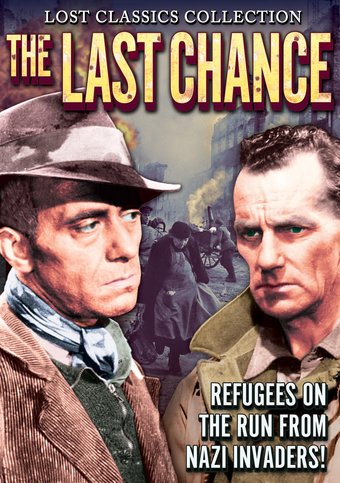 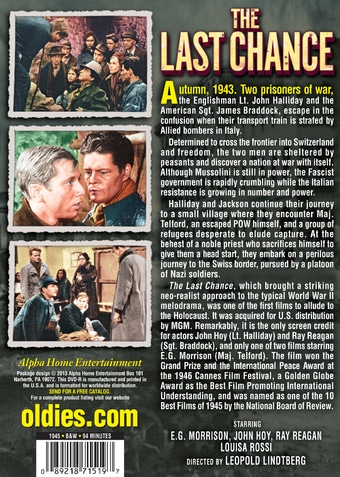 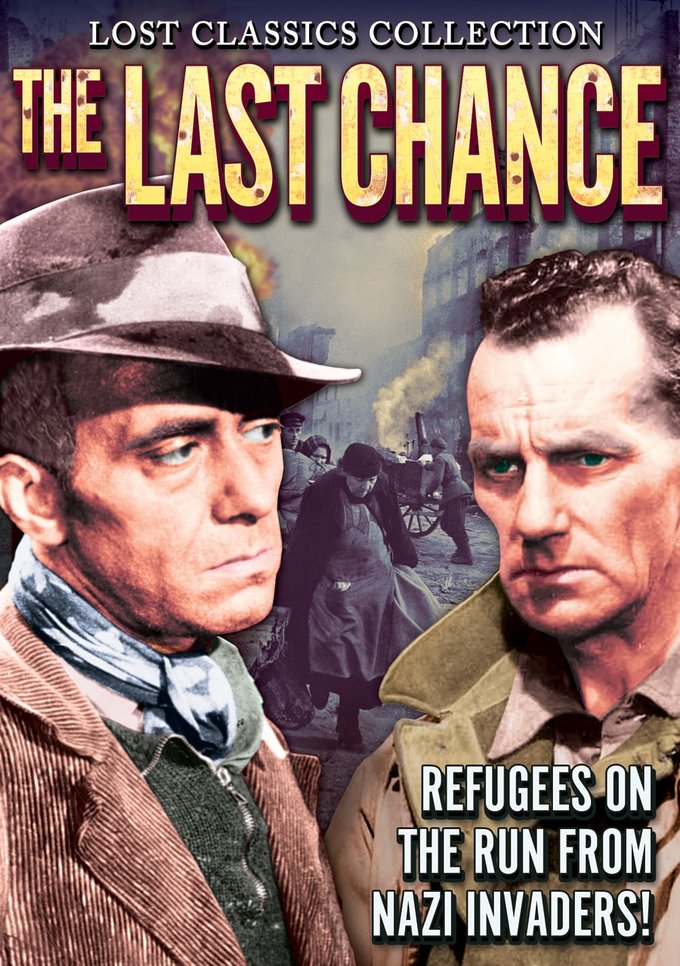 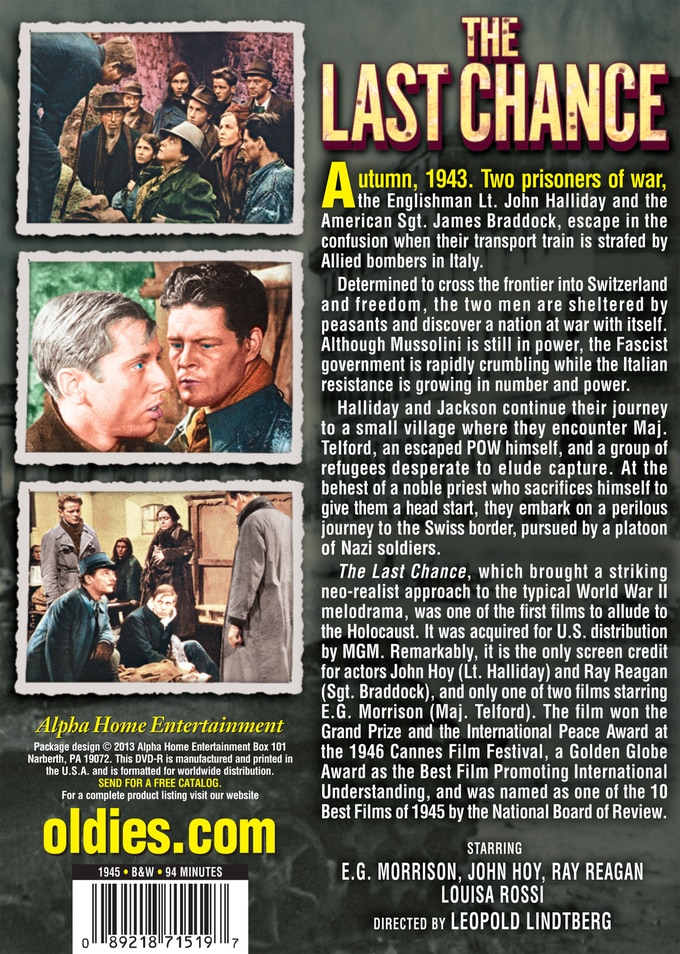 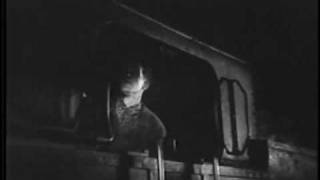 Autumn, 1943. Two prisoners of war, the Englishman Lt. John Halliday and the American Sgt. James Braddock, escape in the confusion when their transport train is strafed by Allied bombers in Italy. Determined to cross the frontier into Switzerland and freedom, the two men are sheltered by peasants and discover a nation at war with itself. Although Mussolini is still in power, the Fascist government is rapidly crumbling while the Italian resistance is growing in number and power. Halliday and Jackson continue their journey to a small village where they encounter Maj. Telford, an escaped POW himself, and a group of refugees desperate to elude capture. At the behest of a noble priest who sacrifices himself to give them a head start, they embark on a perilous journey to the Swiss border, pursued by a platoon of Nazi soldiers.

The Last Chance, which brought a striking neo-realist approach to the typical World War II melodrama, was one of the first films to allude to the Holocaust. It was acquired for U.S. distribution by MGM. Remarkably, it is the only screen credit for actors John Hoy (Lt. Halliday) and Ray Reagan (Sgt. Braddock), and only one of two films starring E.G. Morrison (Maj. Telford). The film won the Grand Prize and the International Peace Award at the 1946 Cannes Film Festival, a Golden Globe Award as the Best Film Promoting International Understanding, and was named as one of the 10 Best Films of 1945 by the National Board of Review.

Vintage | World War II | Rescue
This product is made-on-demand by the manufacturer using DVD-R recordable media. Almost all DVD players can play DVD-Rs (except for some older models made before 2000) - please consult your owner's manual for formats compatible with your player. These DVD-Rs may not play on all computers or DVD player/recorders. To address this, the manufacturer recommends viewing this product on a DVD player that does not have recording capability.