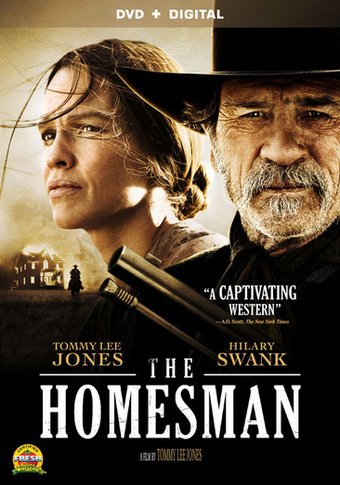 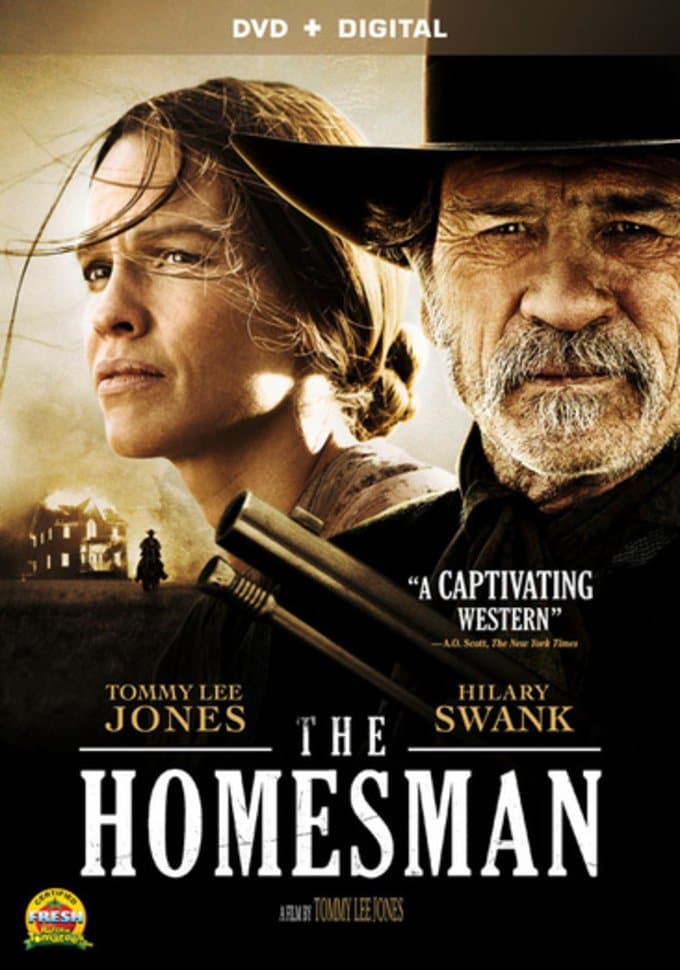 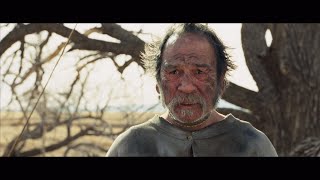 A strong-willed woman recruits a loathsome drifter to help transport three insane women across the unforgiving Nebraska Territories so that they may find sanctuary with a compassionate minister and his wife in this drama directed and co-written by Tommy Lee Jones. Driven to madness by the harsh realities of pioneer life, three women (Grace Gummer, Miranda Otto, and Sonja Richter) living on the outskirts of the American frontier are rescued from certain death by pious Mary Bee Cuddy (Hilary Swank), who selflessly takes on the task of transporting them to safety. Along the way, Mary Bee encounters a low-life named George Briggs (Tommy Lee Jones) with his head in a noose. In exchange for helping her transport the women, Mary Bee frees the scruffy stranger, and together the group heads east. In the course of their arduous journey, however, they will encounter ruthless bandits and vengeful Native Americans. Meanwhile, the greatest test to their resolve may be the harsh winter that's blowing in fast. Meryl Streep, John Lithgow, Hailee Steinfeld, William Fichtner, Tim Blake Nelson, and James Spader co-star.

Into the Badlands (DVD)
$6.20 Super Savings
Add to Cart