Half Past Autumn: The Life and Works of Gordon Parks 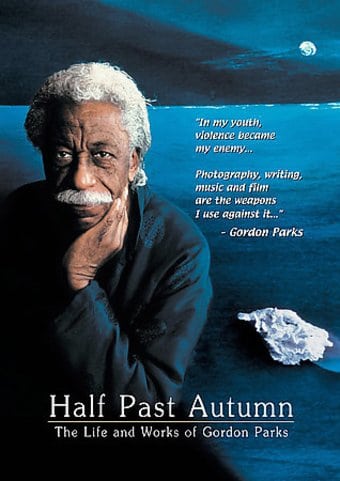 145 ratings
Available: Usually ships in 1-3 business days
LOW STOCK:
Only 2 copies left
Add to Cart
Add to Wishlist
Format:  DVD
item number:  XTX 03346D
Also released as:
Half Past Autumn: The Life and Works of Gordon Parks for $17.90
91% recommend us!

As one of the most prolific and diverse artists in contemporary America, Gordon Parks has mastered the media of sound, the page, and still and moving images. Perhaps best known for his filmed masterpiece SHAFT, Parks earlier contributed as a photographer to the high fashion world of Paris' Vogue Magazine and through stirring chronicles of the civil rights movement for Life Magazine. Narrated by Alfre Woodard, this portrait reveals Parks through his own artwork as well as interviews.

Half Past Autumn
A true twentieth century Renaissance man, Gordon Parks is one of the most prolific and diverse artists in America today. A preeminent photographer, poet, novelist, composer and filmmaker, Parks's artisitc vision knows no boundaries.
This candid portrait of the artist is a journey throught the watershed moments on America's social history, punctuated by Parks' seminal works and his unique ability to follow his instincts to the most fascinating and challenging places in the world.

Classified X: The Representation of African Americans in... (DVD)
$3.98 on Sale
Add to Cart