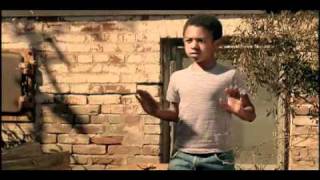 The plot of LACKAWANNA BLUES takes viewers back to a turbulent time for the African American community, all set to a soaring R&B soundtrack from an awesome selection of artists. Originally shot for HBO, LACKAWANNA BLUES is based on a one-man play by Ruben Santiago-Hudson, and is a moving coming-of-age tale. Drawing on his own experiences, Santiago-Hudson begins his story as a child growing up in the small New York town of Lackawanna. There, he is raised by Rachel "Nanny" Crosby (S. Epatha Merkerson), who provides a refuge for many wandering black folks whose lives have not quite turned out as they wished. Nanny and the residents educate Ruben in a way that no conventional schooling can provide, with the film lovingly painting a poignant slice of life from these heavily segregated times. Merkerson is exceptional as Nanny, while the ensemble cast also includes big hitters such as Rosie Perez and Mos Def among its line up.

Based on the award winning play by Ruben Santiago-Hudson, this poignant and colorful drama tells the inspirational story of a courageous woman, Nanny, whose spirit and strength served as the foundation for a struggling community trying to survive during the segregation era. Starring an exceptional ensemble cast led by Jimmy Smits, Rosie Perez, and Macy Gray, this inspiring drama from HBO Films is a celebration of the good things in life, no matter how tough times may be.
Source: Warner Home Video

To Sleep with Anger
$26.10 Super Savings
Add to Cart

In the Time of the Butterflies
$19
Add to Cart