Once Upon a Time in Hollywood
by Various Artists 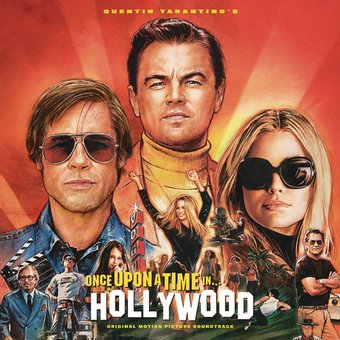 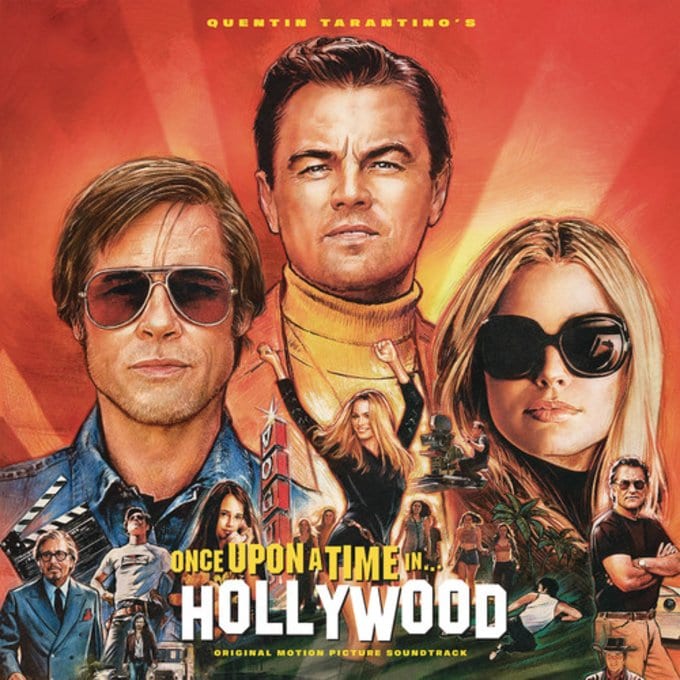 Photographer: Andrew Cooper.
Quentin Tarantino always digs deep inside record crates whenever he assembles a soundtrack, but there's a crucial difference with 2019's Once Upon a Time in Hollywood: here, the soundtrack replicates the humming background noise of the AM radio station KHJ, which is playing constantly throughout the film. Known as Boss Radio during the '60s, KHJ is a real station and their archives provided raw source material for Tarantino's 1969 fantasy -- play lists that he augmented with personal favorites, golden oldies, vintage commercials, and replicated DJ chatter. Nearly every cut on the soundtrack comes out of a radio somewhere in Once Upon a Time in Hollywood, with the notable exceptions of Paul Revere & the Raiders' "Good Thing" and a new "Quentin Tarantino Edit" of Vanilla Fudge's "You Keep Me Hangin' On," which either pump out of a personal stereo or are non-diegetic. Not every pivotal song from the film is here; notably, neither "Out of Time" by the Rolling Stones nor the Royal Guardsmen's "Snoopy Vs. The Red Baron" is included. Also, the Once Upon a Time in Hollywood soundtrack doesn't strictly adhere to songs released in 1969, the year in which it's set. Generally, the tunes are from the latter half of the 1960s, but it'll go back in time as far as 1959 (Dee Clark's "Hey Little Girl") and as far ahead as 1972 (Maurice Jarre's "Judge Roy Bean's Theme"). Historical accuracy isn't the intention of either the film or the album, though. With Once Upon a Time in Hollywood, Tarantino creates a vision of the late '60s relying on his memory, research, and instinct, choosing to chart a course that doesn't adhere to conventional Boomer narratives. It's a world that's bright, swinging, and vivid, relying on the vibe and style of a neon-lit Sunset Strip, not the heavy sounds of the underground. Listening to Once Upon a Time brings that world to life. It's like switching the AM radio on to a 1960s that never faded away. ~ Stephen Thomas Erlewine

Soundtrack
The Irishman
$11.30
Add to Cart

26%off
Sound Effects
Sounds of Horror and the Weird
$5.20 Super Savings
Add to Cart
(4)