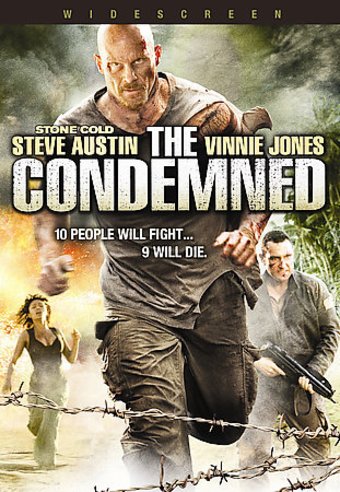 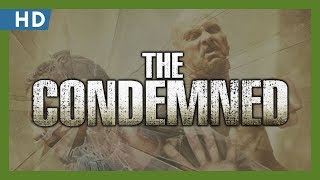 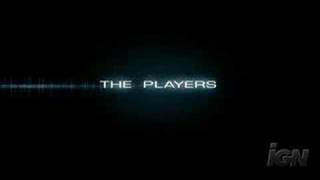 With the stage set by a contemporary spate of films starring WWE wrestlers, including SEE NO EVIL (Glen "Kane" Jacobs) and THE MARINE (John Cena), THE CONDEMNED follows suit by building a story around the massive physique and impassive demeanor of pro wrestler "Stone Cold" Steve Austin. Austin plays former military agent Jack Conrad, whose top-secret mission to El Salvador went awry; the mountainous man wound up on death row in a local prison while his associates back home conveniently forgot about him. Conrad is offered a final chance at clemency by the evil entertainment tycoon Ian Breckel (Robert Mammone, THE MATRIX RELOADED), who buys up Conrad and nine other condemned men and forces them to participate in his diabolical new reality-TV show. The game is simple: the contestants are dropped on a remote island fitted with cameras, and instructed to kill or be killed over the next 30 hours. At the end of that time, the sole survivor will be awarded his freedom and a large cash prize, and the event can be viewed online for $49.95. Conrad, not a murderer by nature, is forced to defend himself against fellow contestants Saiga (Masa Yamaguchi), who is a Japanese martial artist; badass Brit McStarley (former soccer star Vinnie Jones); and the deadly Ghanaian woman Yasantwa (Emelia Jones). Meanwhile, Conrad's girlfriend back home (Madeline West) worries about his safety, and Mammone's own girlfriend (Victoria Mussett) develops some doubts as to the morality of their online venture. The film attempts to critique the culture of violence that informs our media, but also works as a straightforward B-movie thriller, well-equipped with tough guys, one-liners, and nonstop violence.