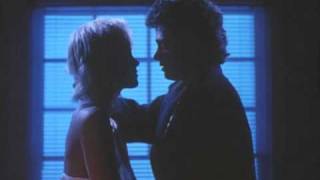 Steve Tevere wants a perfect 10. He's an elite gymnast who dominates a field where a 9.5 can be an also-ran. It's the little things that make the difference in Steve's sport. It's the big things that may hold him back forever.

Born on the wrong side of the tracks, a bright and talented youth is forced to make adult decisions for the first time. Should he desert his family to pursue gymnastics, or should he follow his father's wishes and continue working as a mechanic'

Steve Tevere was Olympics-bound before his father broke his arm in a family feud. Now the former gymnast has few career prospects beyond coaching. But when a pretty young hopeful comes to train at his gym, she might provide the inspiration Steve needs to get his life back on track.

Coming Of Age | Family Interaction | Theatrical Release
This product is made-on-demand by the manufacturer using DVD-R recordable media. Almost all DVD players can play DVD-Rs (except for some older models made before 2000) - please consult your owner's manual for formats compatible with your player. These DVD-Rs may not play on all computers or DVD player/recorders. To address this, the manufacturer recommends viewing this product on a DVD player that does not have recording capability.

Girls Just Want to Have Fun
$10
Add to Cart

The Legend of Billie Jean (Fair Is Fair Ed.)
$10
Add to Cart