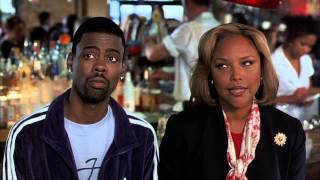 Celebrated comedian-writer-actor-talk show host Chris Rock can now add film director to his resume. Cowritten by Rock and Ali LeRoi, HEAD OF STATE follows an unassuming Washington D.C. alderman, Mays Gilliam (Rock), as he finds himself embroiled in a presidential election. Just weeks before the nation is about to elect a new president, one of the top candidates is killed in a plane crash. Plotting a future run in 2008, Senator Bill Arnot (James Rebhorn) convinces his staff--Debra Lassiter (Lynn Whitfield) and Martin Geller (Dylan Baker)--to pick a replacement who has no chance of winning. But he gets more than he bargained for when he selects Mays. At first merely thankful to be in the spotlight, Mays plays the puppet, but eventually, he uses his power to actually say something meaningful. And when he selects his bail bondsman brother, Mitch (Bernie Mac), to be his running mate, everyone is shocked to discover that Mays is giving the people exactly what they want. Rock uses his natural ability to blend humor and substance as a director, resulting in an entertaining film that pushes buttons without leaving too deep a mark.

Bringing Down the House (FS)
$6.50 Super Savings
Add to Cart