"America's Sweetheart", Mary Pickford, is a sexy French chorus girl trying to make a living in New York in this rare early talkie. 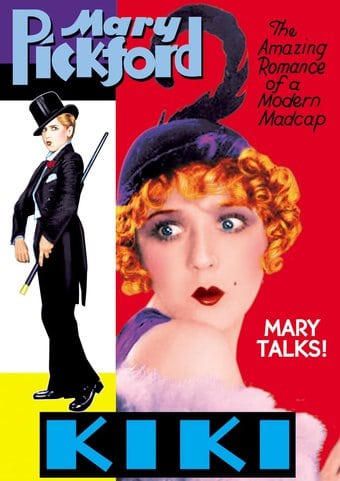 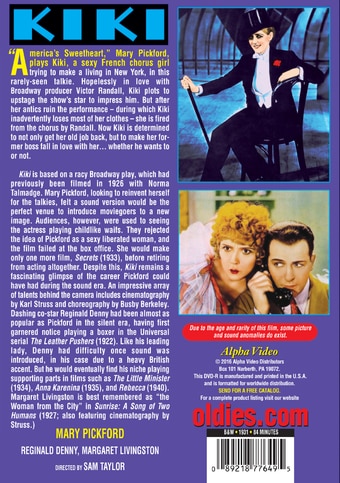 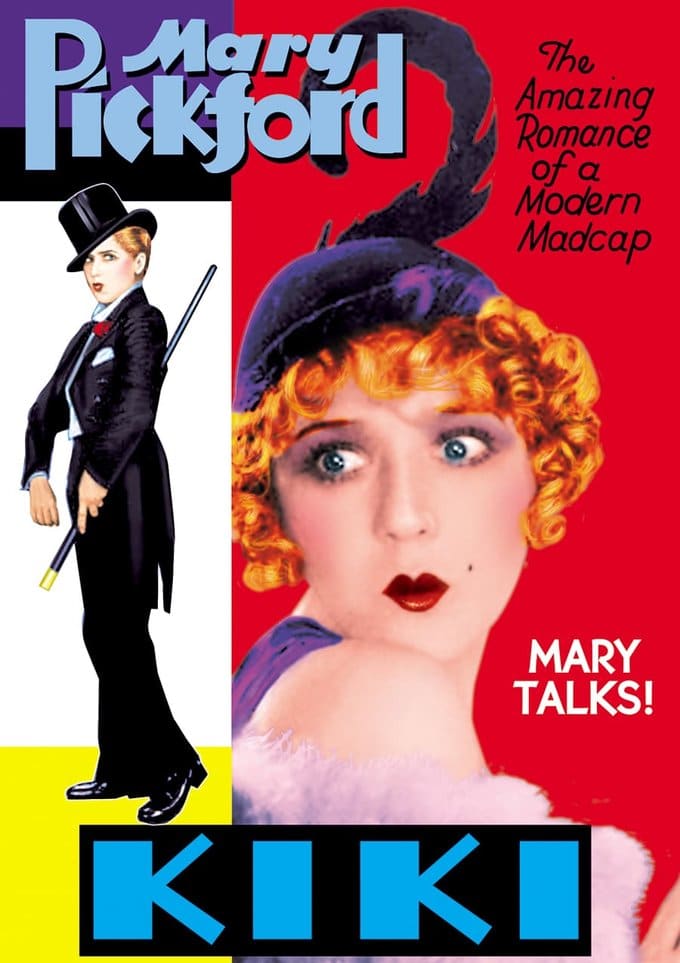 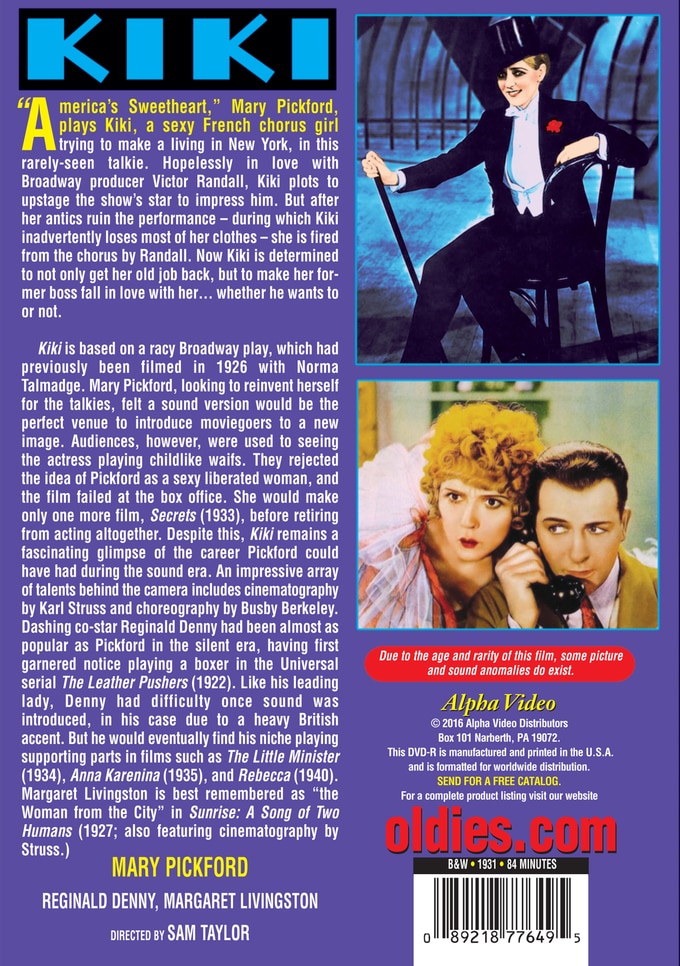 "America's Sweetheart", Mary Pickford, plays Kiki, a sexy French chorus girl trying to make a living in New York, in this rarely-seen talkie. Hopelessly in love with Broadway producer Victor Randall, Kiki plots to upstage the show's star to impress him. But after her antics ruin the performance -- during which Kiki inadvertently loses most of her clothes -- she is fired from the chorus by Randall. Now Kiki is determined to not only get her old job back, but to make her former boss fall in love with her....whether he wants to or not.

Kiki is based on a racy Broadway play, which had previously been filmed in 1926 with Norma Talmadge. Mary Pickford, looking to reinvent herself for the talkies, felt a sound version would be the perfect venue to introduce moviegoers to a new image. Audiences, however, were used to seeing the actress playing childlike waifs. They rejected the idea of Pickford as a sexy liberated woman, and the film failed at the box office. She would make only one more film, Secrets (1933), before retiring from acting altogether. Despite this, Kiki remains a fascinating glimpse of the career Pickford could have had during the sound era. An impressive array of talents behind the camera includes cinematography by Karl Struss and choreography by Busby Berkeley. Dashing co-star Reginald Denny had been almost as popular as Pickford in the silent era, having first garnered notice playing a boxer in the Universal serial The Leather Pushers (1922). Like his leading lady, Denny had difficulty once sound was introduced, in his case due to a heavy British accent. But he would eventually find his niche playing supporting parts in films such as The Little Minister (1934), Anna Karenina (1935), and Rebecca (1940). Margaret Livingston is best remembered as "the Woman from the City" in Sunrise: A Song of Two Humans (1927; also featuring cinematography by Struss.)

Note: Due to the age and rarity of this film, some picture and sound anomalies do exist.

Customer Rating:
Based on 624 ratings.

Mary was the FIRST female SUPERSTAR! This is an example. Movie Lover: Brian Pinette from LIBERTY HILL, TX US -- October, 11, 2017


From the beginning of film until the early talkies - Mary was beloved world wide. A cool little gem!