A lower-class ship's mate becomes obsessed with a high society girl after she rejects his advances in this Oscar-nominated classic. 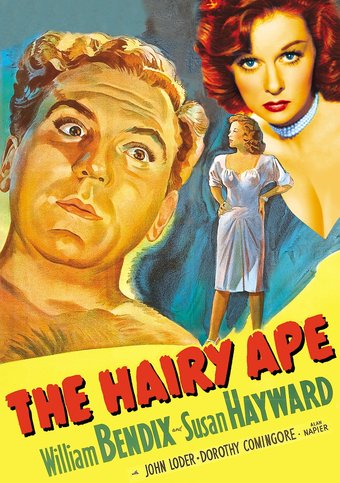 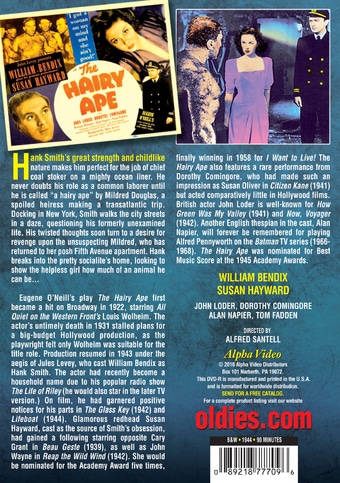 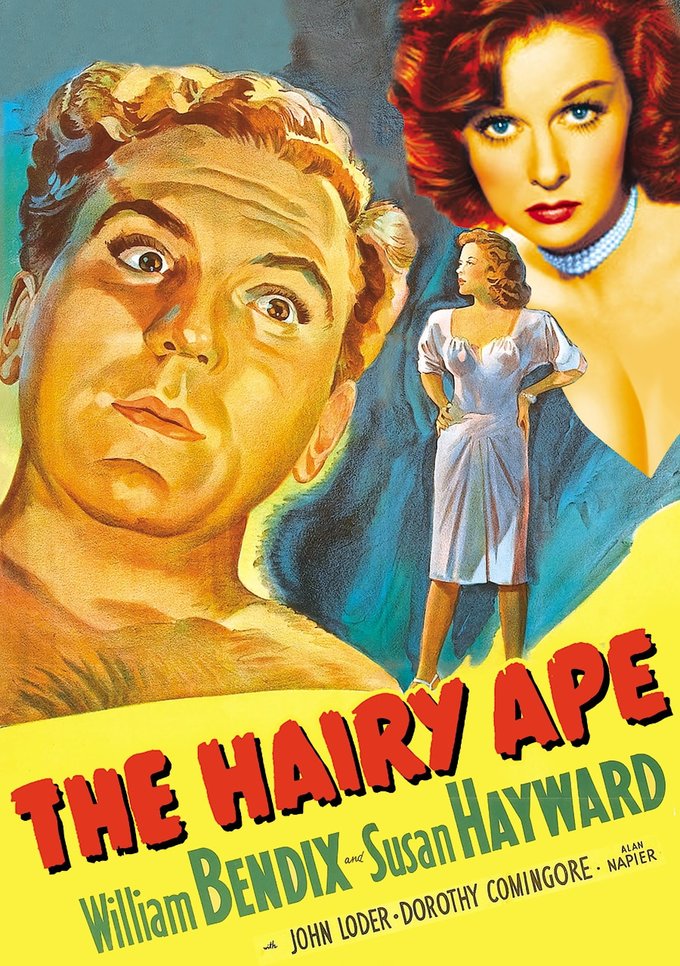 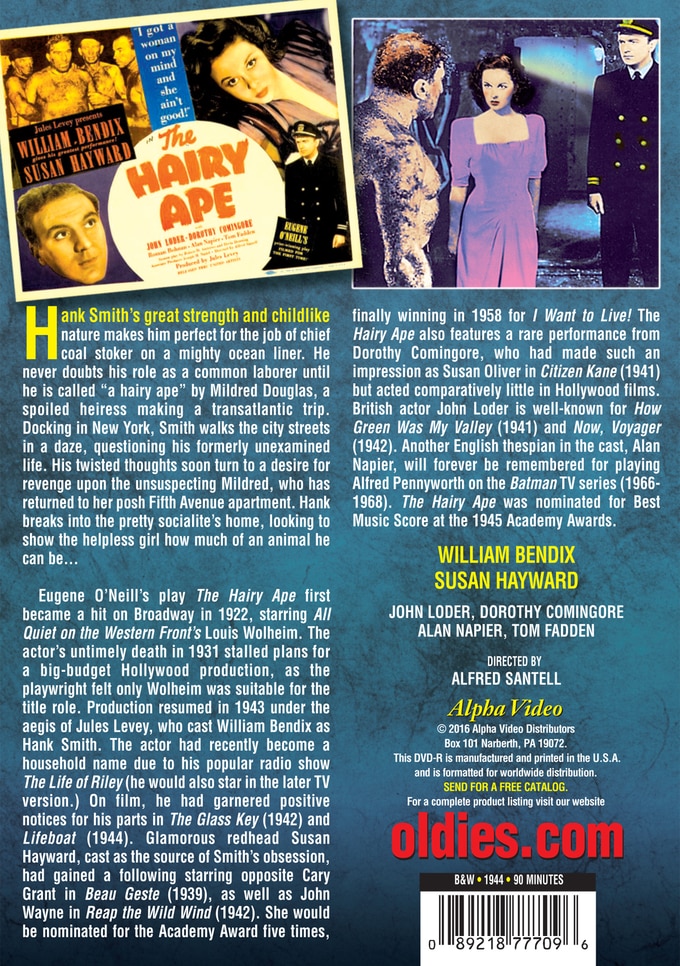 Hank Smith's great strength and childlike nature makes him perfect for the job of chief coal stoker on a mighty ocean liner. He never doubts his role as a common laborer until he is called "a hairy ape" by Mildred Douglas, a spoiled heiress making a transatlantic trip. Docking in New York, Smith walks the city streets in a daze, questioning his formerly unexamined life. His twisted thoughts soon turn to a desire for revenge upon the unsuspecting Mildred, who has returned to her posh Fifth Avenue apartment. Hank breaks into the pretty socialite's home, looking to show the helpless girl how much of an animal he can be...

Eugene O'Neill's play The Hairy Ape first became a hit on Broadway in 1922, starring All Quiet on the Western Front's Louis Wolheim. The actor's untimely death in 1931 stalled plans for a big-budget Hollywood production, as the playwright felt only Wolheim was suitable for the title role. Production resumed in 1943 under the aegis of Jules Levey, who cast William Bendix as Hank Smith. The actor had recently become a household name due to his popular radio show The Life of Riley (he would also star in the later TV version.) On film, he had garnered positive notices for his parts in The Glass Key (1942) and Lifeboat (1944). Glamorous redhead Susan Hayward, cast as the source of Smith's obsession, had gained a following starring opposite Cary Grant in Beau Geste (1939), as well as John Wayne in Reap the Wild Wind (1942). She would be nominated for the Academy Award five times, finally winning in 1958 for I Want to Live! The Hairy Ape also features a rare performance from Dorothy Comingore, who had made such an impression as Susan Oliver in Citizen Kane (1941) but acted comparatively little in Hollywood films. British actor John Loder is well-known for How Green Was My Valley (1941) and Now, Voyager (1942). Another English thespian in the cast, Alan Napier, will forever be remembered for playing Alfred Pennyworth on the Batman TV series (1966-1968). The Hairy Ape was nominated for Best Music Score at the 1945 Academy Awards.