In an old lighthouse in the middle of nowhere, a simmering love triangle reaches its boiling point. From cult director Frank Wisbar ("Strangler of the Swamp"). 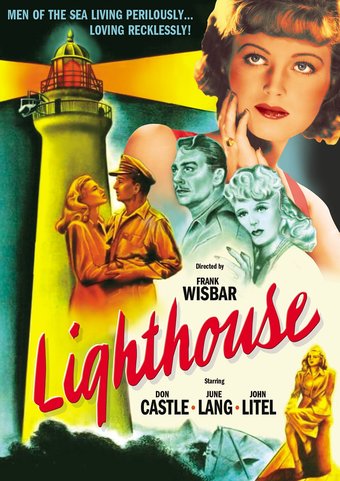 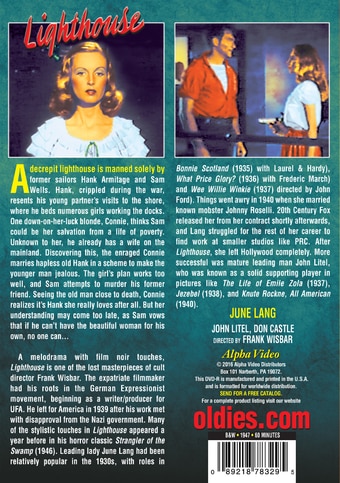 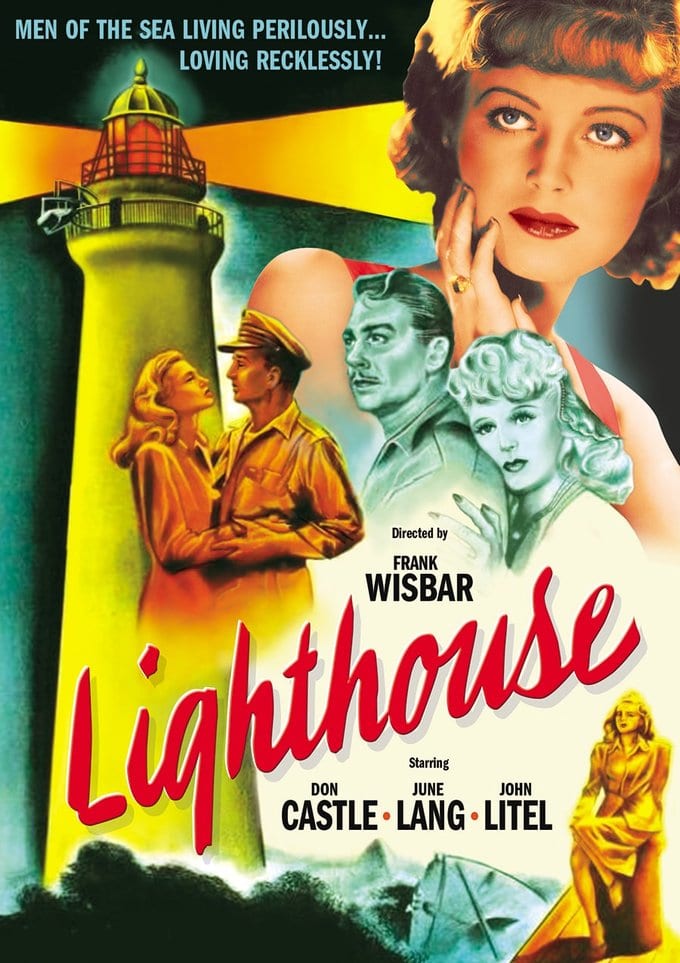 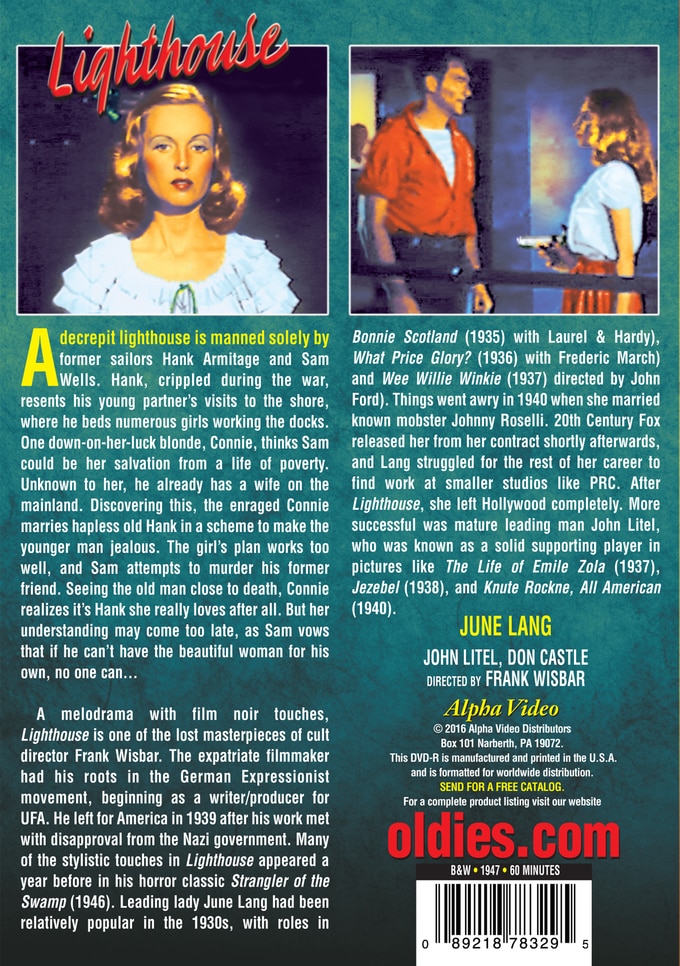 A decrepit lighthouse is manned solely by former sailors Hank Armitage and Sam Wells. Hank, crippled during the war, resents his young partner's visits to the shore, where he beds numerous girls working the docks. One down-on-her-luck blonde, Connie, thinks Sam could be her salvation from a life of poverty. Unknown to her, he already has a wife on the mainland. Discovering this, the enraged Connie marries hapless old Hank in a scheme to make the younger man jealous. The girl's plan works too well, and Sam attempts to murder his former friend. Seeing the old man close to death, Connie realizes it's Hank she really loves after all. But her understanding may come too late, as Sam vows that if he can't have the beautiful woman for his own, no one can...

A melodrama with film noir touches, Lighthouse is one of the lost masterpieces of cult director Frank Wisbar. The expatriate filmmaker had his roots in the German Expressionist movement, beginning as a writer/producer for UFA. He left for America in 1939 after his work met with disapproval from the Nazi government. Many of the stylistic touches in Lighthouse appeared a year before in his horror classic Strangler of the Swamp (1946). Leading lady June Lang had been relatively popular in the 1930s, with roles in Bonnie Scotland (1935; with Laurel & Hardy), What Price Glory? (1936; with Frederic March) and Wee Willie Winkie(1937; directed by John Ford). Things went awry in 1940 when she married known mobster Johnny Roselli. 20th Century Fox released her from her contract shortly afterwards, and Lang struggled for the rest of her career to find work at smaller studios like PRC. After Lighthouse, she left Hollywood completely. More successful was mature leading man John Litel, who was known as a solid supporting player in pictures like The Life of Emile Zola (1937), Jezebel (1938), and Knute Rockne, All American (1940).

Romance | Love Triangle | Love Triangles | Romances | Islands | Love
This product is made-on-demand by the manufacturer using DVD-R recordable media. Almost all DVD players can play DVD-Rs (except for some older models made before 2000) - please consult your owner's manual for formats compatible with your player. These DVD-Rs may not play on all computers or DVD player/recorders. To address this, the manufacturer recommends viewing this product on a DVD player that does not have recording capability.

The Girl with the Dragon Tattoo
$3.98 on Sale
Add to Cart

28%off
Escape from Alcatraz
$6.50 Super Savings
Add to Cart