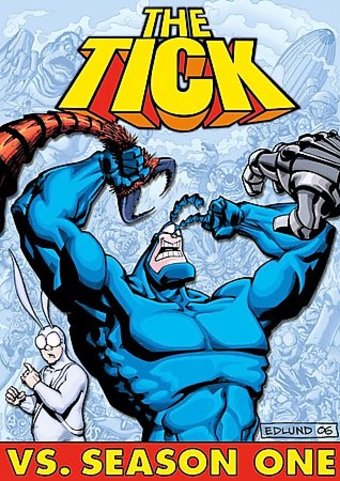 The Tick, that big, blue, "nigh-invulnerable" but none-too-bright cartoon defender of truth and justice, gets his start as defender of The City in these hilarious, goofy, and very sharp episodes from the show's classic first season. He joins up with his loyal sidekick, Arthur, an accountant in a moth suit, and together they battle evil in all its guises, exchanging loopy, brilliant dialogue and meeting up with characters like American Maid, Die Fledermaus, and the Caped Chameleon along the way.