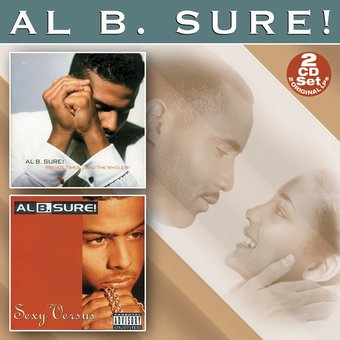 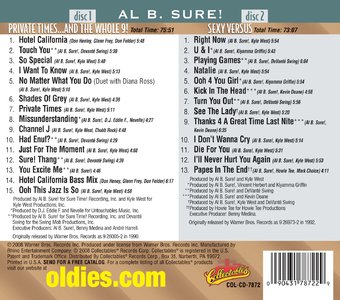 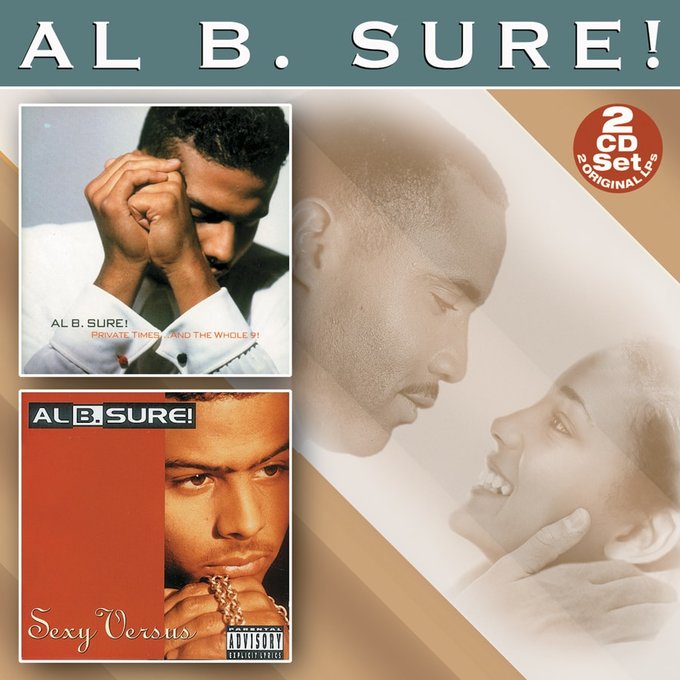 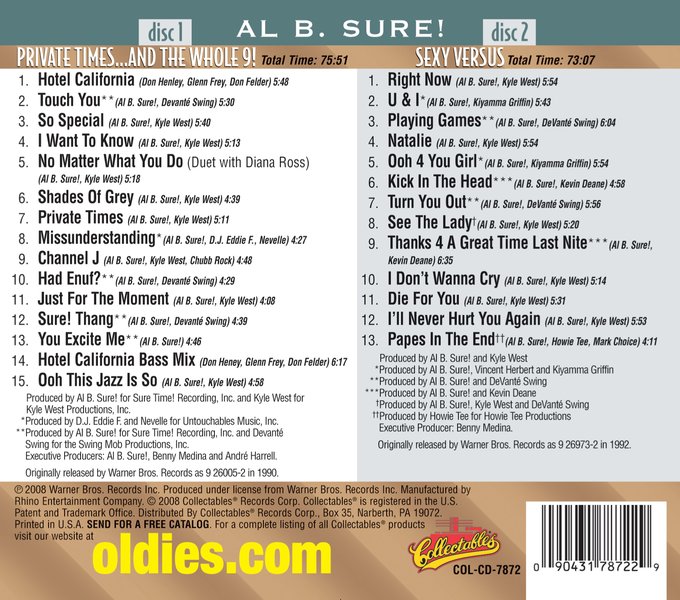 Al B. Sure's romantic, new jack swing styling made him one of the biggest R&B and Pop performers of the late 80's and early 90's. Here are two of his most popular early 90's albums.

Photographers: Gerhard Yurkovic; Albert Sanchez.
PRIVATE TIMES... AND THE WHOLE 9 (1990) and SEXY VERSUS (1992)--paired for this two-disc Collectables set--were both Billboard R&B Top Five albums, and though neither release was quite as successful as Al B. Sure!'s number one debut, IN EFFECT MODE, they featured a handful of singles that maintained the singer's presence on the radio during the first few years of the '90s. "Had Enuf?" (one of the better Sure!/Devante Swing co-productions) excepted, each of the chart hits from these albums can be found on THE VERY BEST OF AL B. SURE!, released by Rhino in 2003.

Al B. Sure!
No Matter What You Do / Al'l Justify Your Love
$5 on Sale
Add to Cart