The Hits of Harlem, Volume 1
by Various Artists

14 original Doo Wop and R&B hits from The Bell Tones, The Plants, The Climbers and more! 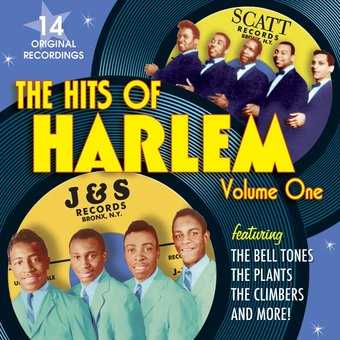 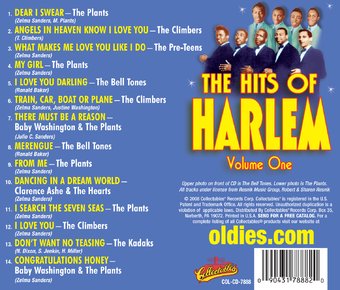 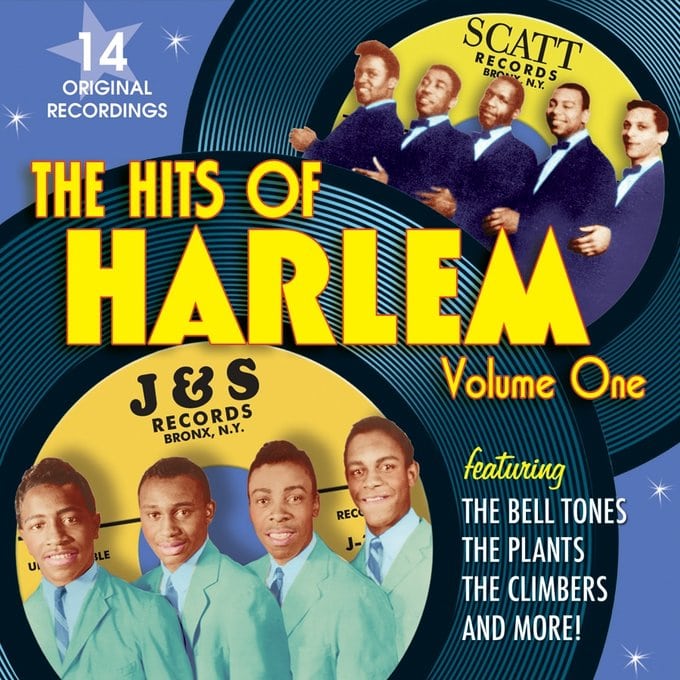 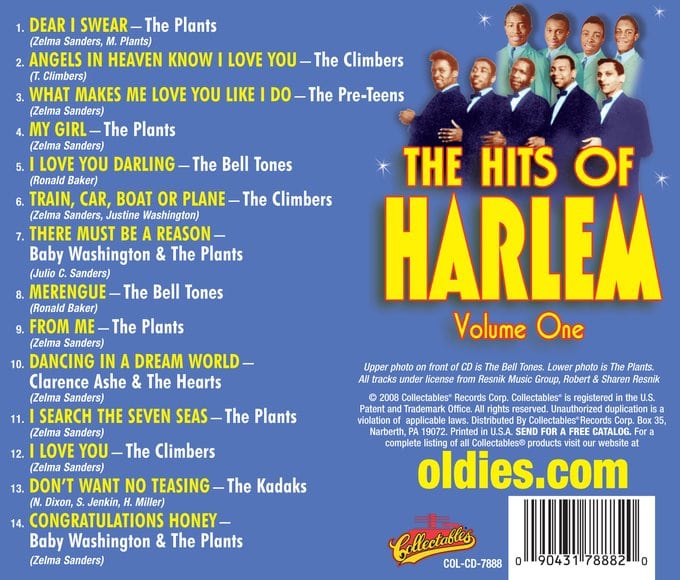 Zelma "Zell" Sanders was a Bronx-based songwriter and producer who owned and operated J&S, Dice, Scatt, Zell's and other record labels. A powerful matriarch, she controlled her recording artists, sometimes firing them on the spot if they broke her rules. Before entering the record business she was employed as a security guard, while writing songs on the side. She was working for the Police Athletic League in Harlem's 23rd Precinct. She saw the talent; it was there on the street. They all got to know Zell as the lady who went around grabbing groups. "Do you sing?", she'd ask them. "Come on up to my house." Zelma Sanders also had a particular fondness for female singers. These songs cover the years 1955 to 1977, and include R&B and Doo Wop hits such as "Dear I Swear" by The Plants and "I Love You Darling" by the Bell Tones.

The first part of this two-volume series collects cuts from the many New York street groups who recorded for the Bronx female impresario Zelma Sanders's various doo-wop and soul labels throughout the late 1950s and '60s. The vintage set includes the Pre-Teens' ska-sounding "What Makes Me Love You Like I Do," future soul star Justine "Baby" Washington's "There Must Be a Reason," and the Kodaks' rocking "Don't Want No Teasing."