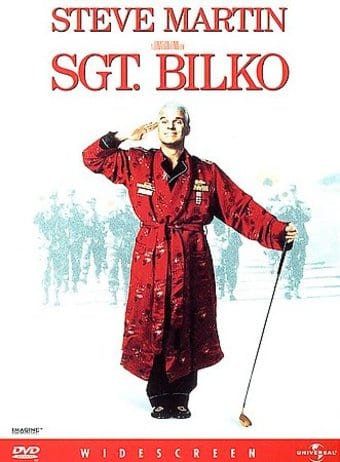 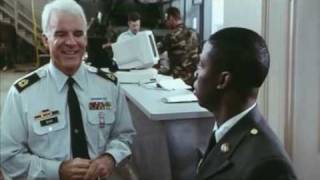 Steve Martin steps into Phil Silvers' shoes as the smooth-talking Sgt. Bilko who has mastered the Army's catch-22's to his own benefit, turning bureaucratic obstacles into golden opportunities. That is, until his nemesis Major Thorn arrives to scrutinize Bilko's base, threatening to upset the delicate balance of casinos, under-the-table businesses and other illicit operations Bilko has set in place.

This film adaptation of the classic 1950's television series follows the wacky adventures of Sgt. Ernest Bilko, a fast-talking, likable con man, who just happens to run secret, makeshift casinos on the base.
Bilko must deal with two problems: one is Wally, the prudish, newest member of his squad -- who does not participate in Bilko's wild schemes, and basically ignores the craziness around him. But how long can Wally turn a blind eye to his surroundings'
The sergeant's other headache is his sworn enemy Maj. Thorn. The major is seeking revenge against Bilko for nearly ruining his career some time ago. Thorn not only wishes to expose the officer's gambling enterprises, he wants to steal his long-suffering girlfriend.