A collection of zany, hilarious, and just plain bizarre shorts from the anything-goes pre-Code era. 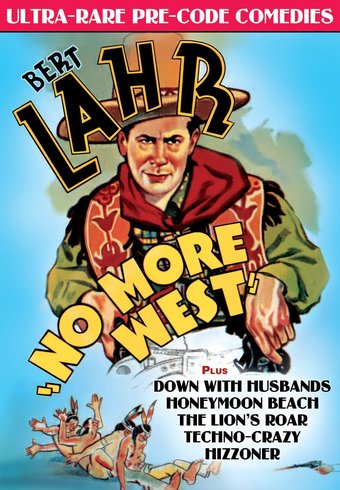 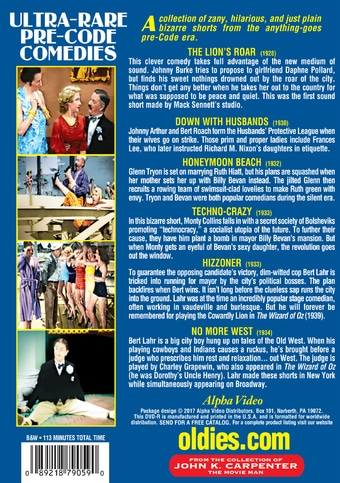 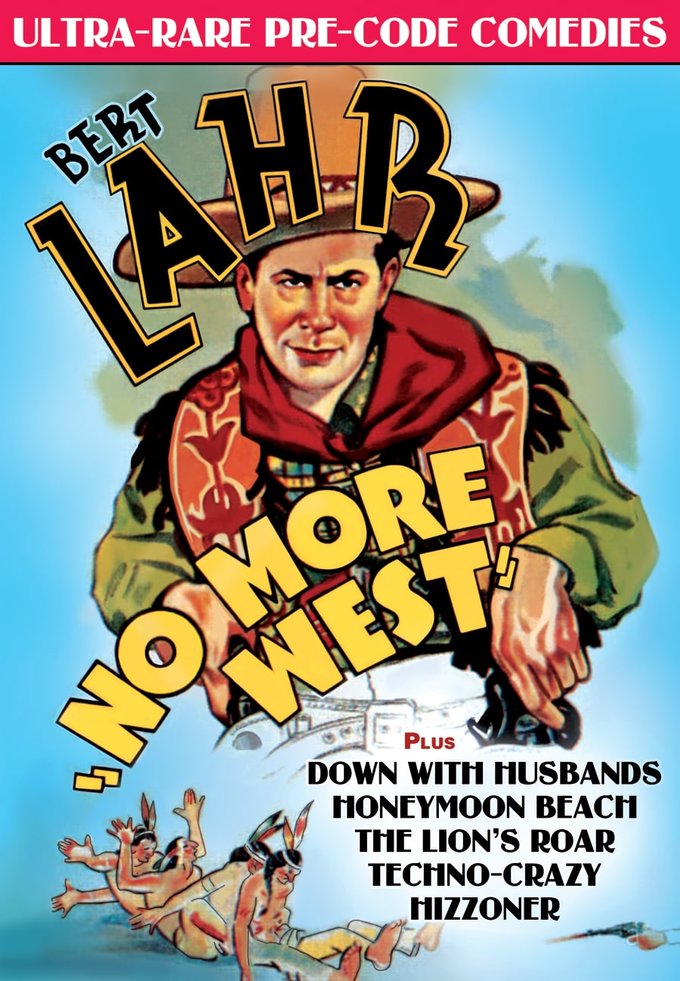 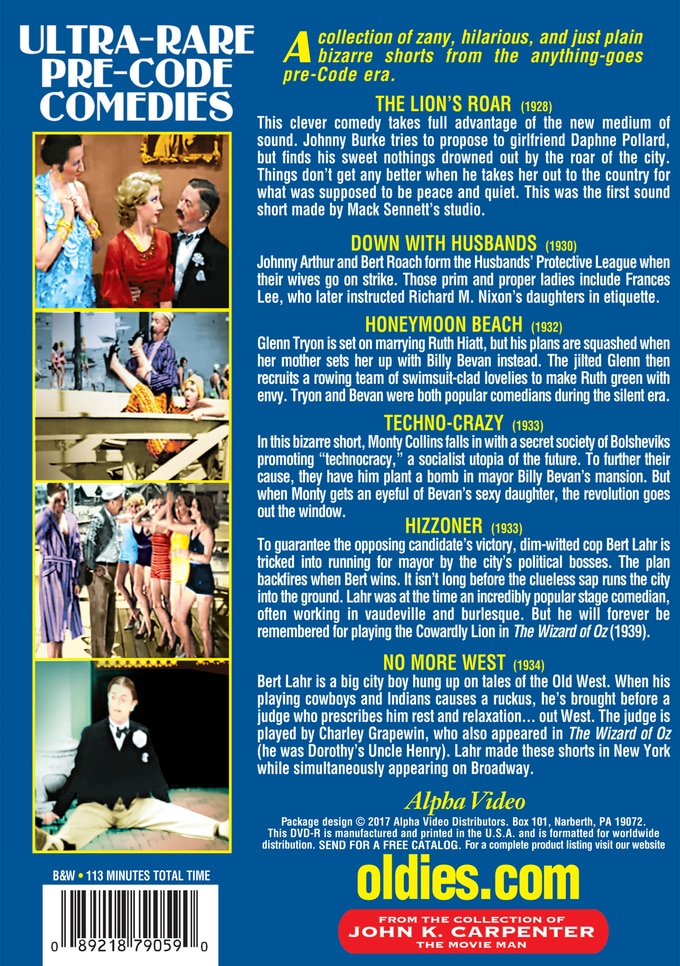 The Lion's Roar (1928): This clever comedy takes full advantage of the new medium of sound. Johnny Burke tries to propose to girlfriend Daphne Pollard, but finds his sweet nothings drowned out by the roar of the city. Things don't get any better when he takes her out to the country for what was supposed to be peace and quiet. This was the first sound short made by Mack Sennett's studio. In fact, the comedy king was so impressed with the new technology that he returned to the director's chair after years of relinquishing it to his protégés. His interest was rewarded, as he was the first among his competitors to get a talkie short subject in theaters.

Down With Husbands (1930): Johnny Arthur and Bert Roach form the Husbands' Protective League when their wives go on strike. Those prim and proper ladies include Frances Lee, who later instructed Richard M. Nixon's daughters in etiquette.

Honeymoon Beach (1932): Glenn Tryon is set on marrying Ruth Hiatt, but his plans are squashed when her mother sets her up with Billy Bevan instead. The jilted Glenn then recruits a rowing team of swimsuit-clad lovelies to make Ruth green with envy. Tryon and Bevan were both popular comedians during the silent era.

Techno-Crazy (1933): In this bizarre short, Monty Collins falls in with a secret society of Bolsheviks promoting "technocracy", a socialist utopia of the future. To further their cause, they have him plant a bomb in mayor Billy Bevan's mansion. But when Monty gets an eyeful of Bevan's sexy daughter, the revolution goes out the window.

Hizzoner (1933): To guarantee the opposing candidate's victory, dim-witted cop Bert Lahr is tricked into running for mayor by the city's political bosses. The plan backfires when Bert wins. It isn't long before the clueless sap runs the city into the ground. Lahr was at the time an incredibly popular stage comedian, often working in vaudeville and burlesque. But he will forever be remembered for playing the Cowardly Lion in The Wizard of Oz (1939). Director Ray McCarey was the younger brother of Leo McCarey (Duck Soup), but never reached the stature of his more prolific older sibling.

No More West (1934): Bert Lahr is a big city boy hung up on tales of the Old West. When his playing cowboys and Indians causes a ruckus, he's brought before a judge who prescribes him rest and relaxation...out West. The judge is played by Charley Grapewin, who also appeared in The Wizard of Oz (he was Dorothy's Uncle Henry.) Lahr made these shorts in New York while simultaneously appearing on Broadway. They were produced by Van Beuren Studios, better known for their animated cartoons.

25%off
The Masquers Club: The Pre-Code Comedies Collection (DVD-R)
$5.95 on Sale
Add to Cart